A small-bodied new species of Hypostomus is described from the rio Itapicuru basin, Bahia, Brazil. The new species is distinguished from most congeners mainly by having the lower caudal-fin lobe distinctly longer than the upper lobe and absence of conspicuous dark spots on posterior half of body. It differs particularly from congeners occurring in northeastern coastal Brazilian drainages and the rio São Francisco basin by having the anterior portion of the abdomen completely plated and the posterior portion plated only on a narrow median line, leaving large lateral areas naked, dark spots on anterior portion of trunk similar in size or slightly larger than those on head, absence of conspicuous spots on posterior half of trunk and caudal fin, and absence of keels on head and trunk. 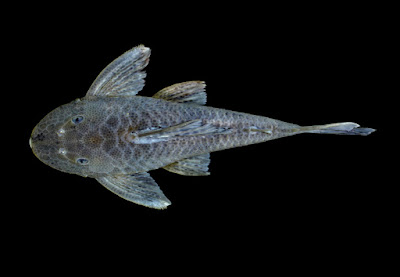