Abstract
A sponge-associated species of the genus Nippontonia new to science is described from Semporna, Sabah, Malaysia. The only other species in the genus is also known to be a sponge-dweller. The new species can be distinguished from its congener by a suite of characters mainly of the anterior appendages.
Key words: Crustacea, Decapoda, Palaemonidae, Nippontonia christellae new species, phylogeny 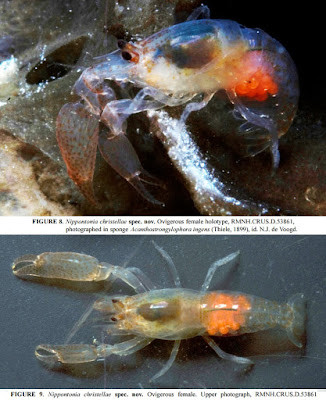 Etymology. The species is named after the author’s sister-in-law, Christel van Eijnatten, with respect and admiration for her inspiring perseverance and positivism in conquering life again after it was almost taken from her. The specific name christellae is a noun in the genitive singular.

Distribution. The species is only know from its type locality: Ligitan Island, Semporna area, Sabah, Malaysia. 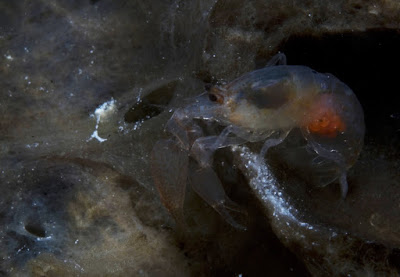 The Malay specimens clearly belong to the enigmatic genus Nippontonia. The differences with the type species of the genus are distinct. Some of the differences could be seen as an effect of the size difference between the specimens from Japan and Taiwan and those from Malaysia. However, in both samples of N. minirostris as well as the new species ovigerous females are present in which these differences have been observed indicating that these differences persist in the adult stages of the species.
Bruce & Bauer (1997) discussed the systematic position of Nippontonia. They concluded that the genus is not particularly closely related to any pontoniine genus. This is corroborated by the modest molecular data presented here. A more comprehensive phylogenetic analysis including more representatives of pontoniine genera using more conserved markers will be needed to elucidate the systematic position of Nippontonia. 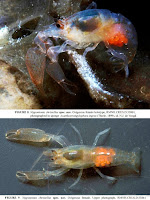