[Botany • 2014] Elettariopsis biphylla • A New Species of Zingiberaceae from Thailand

A new species of Elettariopsis from Phu Wua Wildlife Sanctuary, Bung Khla District, Bueng Kan Provice, Thailand is described as a new species. The new species is similar to E. monophylla (Gagnep.) Loesener (1930: 603), but differs in having two leaves and dark red veins in parts of the labellum, in the length of the petioles, the tall pseudostem and the apex of the anther-crest. Differences are pointed out in Table 1. The species is locally rare occurring in lowland Phuwou forest. It is described and illustrated below. 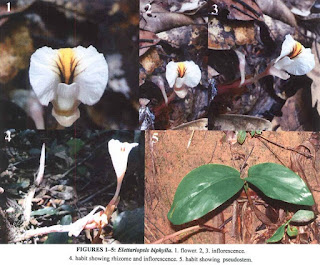 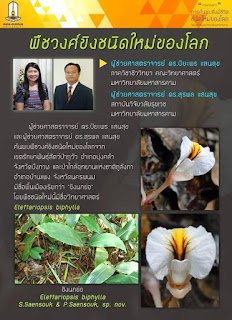