Abstract
Calcified eggshells protect developing embryos against environmental stress and contribute to reproductive success. As modern crocodilians and birds lay hard-shelled eggs, this eggshell type has been inferred for non-avian dinosaurs. Known dinosaur eggshells are characterized by an innermost membrane, an overlying protein matrix containing calcite, and an outermost waxy cuticle. The calcitic eggshell consists of one or more ultrastructural layers that differ markedly among the three major dinosaur clades, as do the configurations of respiratory pores. So far, only hadrosaurid, a few sauropodomorph and tetanuran eggshells have been discovered; the paucity of the fossil record and the lack of intermediate eggshell types challenge efforts to homologize eggshell structures across all dinosaurs. Here we present mineralogical, organochemical and ultrastructural evidence for an originally non-biomineralized, soft-shelled nature of exceptionally preserved ornithischian Protoceratops and basal sauropodomorph Mussaurus eggs. Statistical evaluation of in situ Raman spectra obtained for a representative set of hard- and soft-shelled, fossil and extant diapsid eggshells clusters the originally organic but secondarily phosphatized Protoceratops and the organic Mussaurus eggshells with soft, non-biomineralized eggshells. Histology corroborates the organic composition of these soft-shelled dinosaur eggs, revealing a stratified arrangement resembling turtle soft eggshell. Through an ancestral-state reconstruction of composition and ultrastructure, we compare eggshells from Protoceratops and Mussaurus with those from other diapsids, revealing that the first dinosaur egg was soft-shelled. The calcified, hard-shelled dinosaur egg evolved independently at least three times throughout the Mesozoic era, explaining the bias towards eggshells of derived dinosaurs in the fossil record. 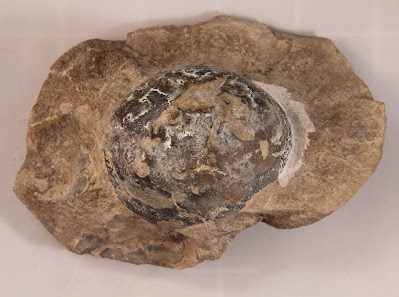 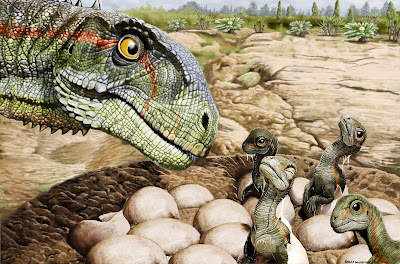 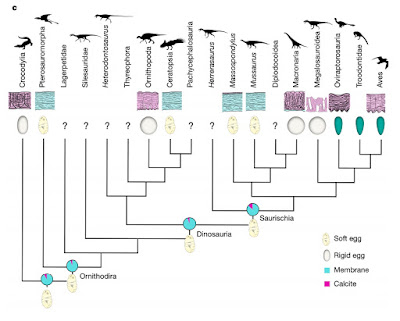 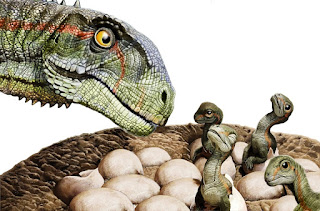 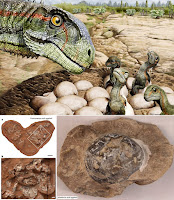 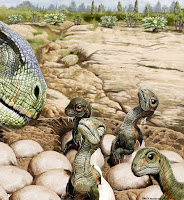 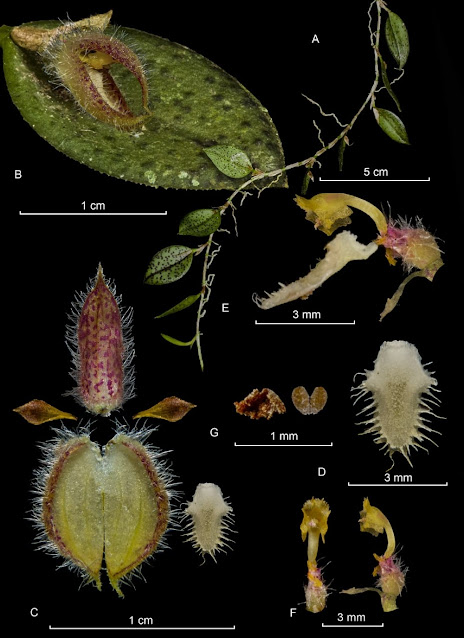 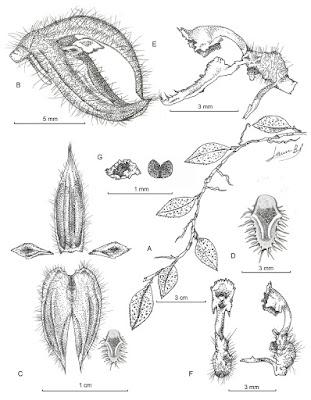 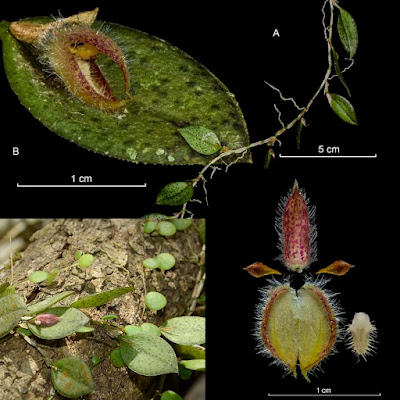 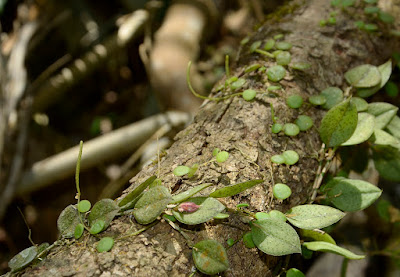 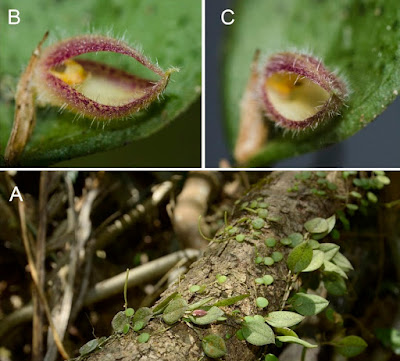 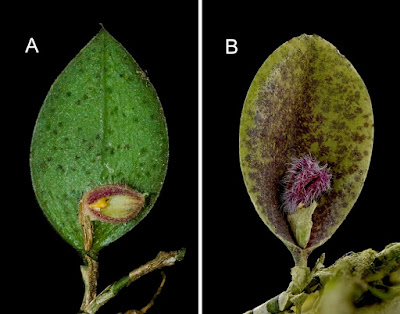 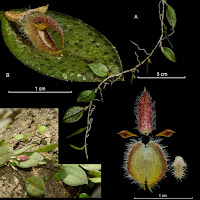 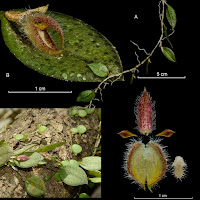 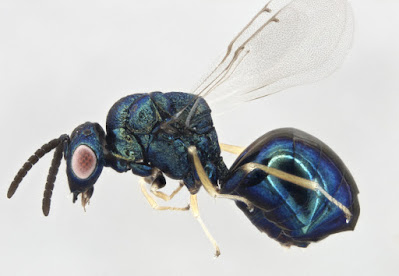 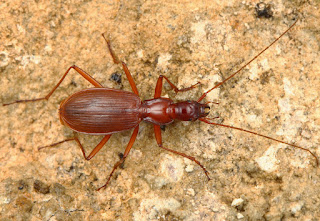 [Ichthyology • 2020] Indoreonectes telanganaensis • A New Species of Loach (Teleostei: Nemacheilidae) from the Godavari Basin of India

Abstract
A new species of hill-stream loach, Indoreonectes telanganaensis, is described from a seasonal tributary of the Godavari River at Maisamma Loddi, within the Kawal Tiger Reserve, Telangana State, India. The new species is distinguished from its congeners by a combination of characters including caudal peduncle as long as deep; eye large, its diameter about one-fifth head length; pectoral fin as long as head; nasal barbel reaching the middle of the eye; dorsal-fin origin on vertical through pelvic-fin origin; and bars on the lateral side of the body well defined and wide. We also provide multivariate morphometric, and DNA analysis based on the mitochondrial cytochrome b gene sequence to support the distinction of the new species.
Keywords: Telangana loach, hillstream loach, molecular phylogeny, Telangana State, Pisces 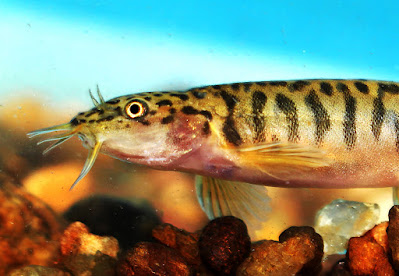 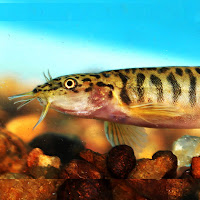 [Crustacea • 2020] Why do Shrimps leave the Water? Mechanisms and Functions of Parading Behaviour in Freshwater Shrimps

Abstract
An understanding of the mechanisms and functions of animal migratory behaviour may provide insights into its evolution. Furthermore, knowledge about migration may be important for conservation of rare species and may help to manage species in a rapidly changing world. Upstream migration is common in riverine animals, but little is known about proximate cues and functions of the upstream migration in aquatic macroinvertebrates. In Ubon Ratchathani, Thailand, locals have observed a synchronous mass migration of freshwater shrimps on land. This so‐called ‘parading behaviour' occurs annually during the rainy season and has become a large ecotourism event. Yet, we know little about the natural history, proximate causation and function of this extraordinary behaviour. Here we describe the natural history of parading behaviour and report the results from a series of experiments and observations to address its mechanisms and functions. Parading behaviour is not associated with breeding and spawning; rather, shrimps leave the water to escape strong currents. Conditions promoting shrimps to leave the water include low light, high water velocity and low air temperature. In addition, there is variation explained the specific location. River topology that creates hydrological variability and turbulence plays a role in triggering the shrimps to move out of water. Furthermore, turbidity and water chemistry were associated with shrimp activity. Finally, our results support that parading behaviour in freshwater shrimps is a mass movement upstream due to hydrological displacement. This study highlights the mechanisms that stimulate parading behaviour; a common activity in Macrobrachium and other decapod crustaceans.
Keywords: collective movement, freshwater prawn, Macrobrachium dienbienphuense, migration, Southeast Asia 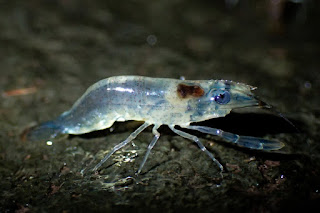 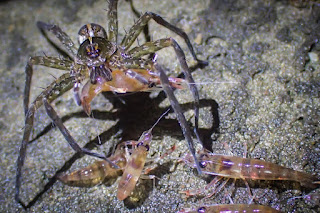 W. Hongjamrassilp, W. Maiphrom and D. T. Blumstein. 2020. Why do Shrimps leave the Water? Mechanisms and Functions of Parading Behaviour in Freshwater Shrimps. Journal of Zoology. DOI: 10.1111/jzo.12841
Researchgate.net/publication/345661173_Why_do_shrimps_leave_the_water_Mechanisms_and_functions_of_parading_behaviour_in_freshwater_shrimps
These Shrimp Leave the Safety of Water and Walk on Land. But Why?
A biologist decided to investigate a shrimp parade that attracts thousands of tourists in a province of Thailand.
NYTimes.com/2020/11/18/science/shrimp-parade-thailand.html 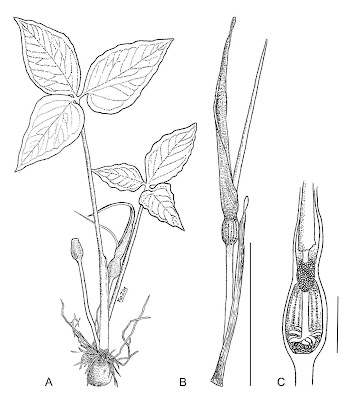 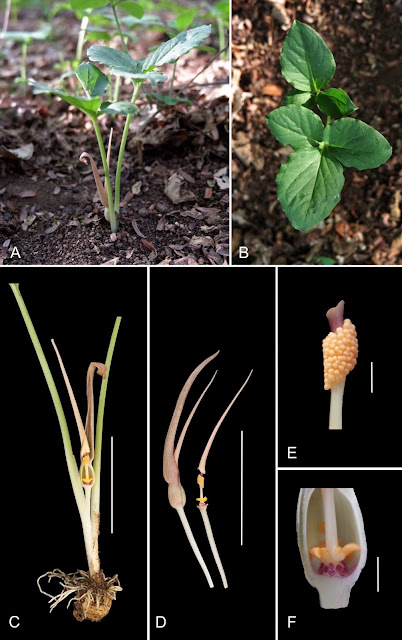 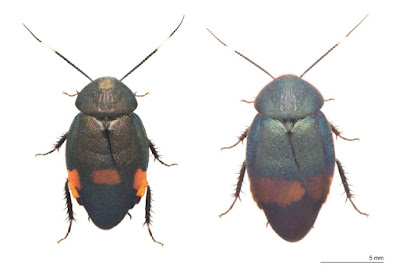 [Crustacea • 2020] Species of the Maera-clade (Amphipoda: Maeridae) collected from Japan. Part 4: Addenda to Genera Maera Leach, 1814 and Quadrimaera Krapp-Schickel & Ruffo, 2000, with Revised Keys to Japanese Species of the Clade

Abstract
Two new species of Maera Leach, 1814 and Quadrimaera Krapp-Schickel & Ruffo, 2000 included in the Maera-clade are described from Japan. Maera denticoxa sp. nov. was collected from Iwate and Hokkaido Prefectures and can be distinguished from its congeners by the small notches on the posteroventral margins of coxae 1–6. Quadrimaera angulata sp. nov. from north of Tanegashima Island in Kagoshima Prefecture is characterized by the distal tooth on the mandibular palp article 1, the rounded palm of the female gnathopod 2, and the angular posterodistal margin of the pereopod 7 basis. Keys to Japanese species of the Maera-clade are provided. In total, seventeen species included in the clade occur in Japan.
Keywords: Crustacea, Taxonomy, Iwate, Hokkaido, Tanegashima Island, new species, key 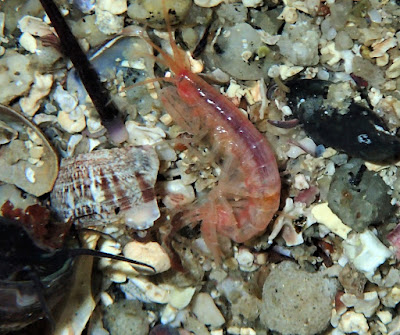 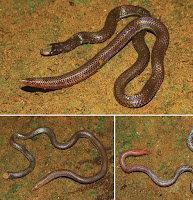 [Mammalogy • 2020] Back to Life and to Taxonomy: New Record and Reassessment of Myotis bucharensis (Chiroptera: Vespertilionidae)

Abstract
Myotis bucharensis is one of the least studied Palaearctic bat species, known from only three localities in Tajikistan and Uzbekistan and not reported since 1965. In autumn 2019, a male Myotis captured in Zerafshan river basin in Tajikistan was later identified as M. bucharensis based on tail and tibia proportions and strongly displacement of posterior small premolars. The identification was then confirmed by morphometric analyses supporting that M. bucharensis is specifically different but represents a part of the Myotis frater complex. Analyses of one mitochondrial (cyt b) and one nuclear gene (RAG2) were performed for the first time for M. bucharensis. According to these genetic results, this form is indeed a member of the «daubentonii» clade, which includes all known frater-like Myotis, and most likely represents a sister species to M. longicaudatus. Record of the alive specimen M. bucharensis has valuable implication for bat conservation in Tajikistan.
Keywords: Mouse-eared bats, new record, morphometry, taxonomy, Central Asia, Tajikistan, mtDNA 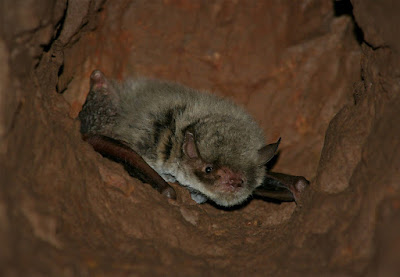 Abstract
A new species belonging to the genus Cnemaspis Strauch, 1887 is described from the Rangana Fort mountain range of the northern Western Ghats, Maharashtra, India. A preliminary 16S rRNA phylogeny of Indian Cnemaspis is provided and the phylogenetic position of the new species is established within the goaensis clade. The new species, Cnemaspis ranganaensis sp. nov. can easily be distinguished from all Indian congeners by having 3 or 4 spine-like tubercles on the flanks, conical tubercles absent on flank, dorsal pholidosis heterogeneous, presence of precloacal and femoral pores in males, 8 or 9 poreless scales between femoral and precloacal pores; gular scales flat, smooth; 93–101 paravertebral scales, 59–63 mid-dorsal scales; 93–101 longitudinal scales from mental to cloaca, 30–31 scales across belly; ventral scales smooth, imbricate; tail with small, granular, keeled, pointed, subimbricate scales intermixed with enlarged, strongly keeled, conical tubercles forming whorls; scales on ventral side of tail imbricate, smooth, with three rows of large, slightly elongated median subcaudals. The new species is closely related to C. goaensis, from which it differs by a genetic divergence of 1.9-3.0%. Molecular phylogenetic reconstruction supports the distinctiveness of the new species. 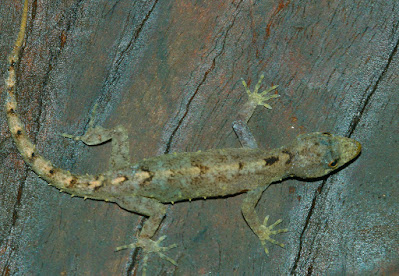 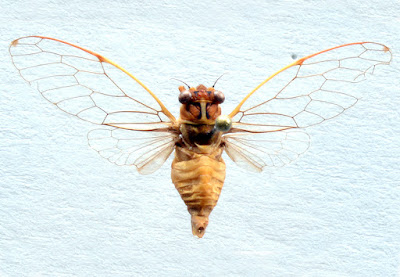