Abstract
A new parareptile from the Cisuralian Pedra de Fogo Formation of north-eastern Brazil is described. Karutia fortunata gen. et sp. nov. is the first Gondwanan member of Acleistorhinidae, a clade previously known only from North America but thought to be closely related to the Russian Lanthanosuchidae. A re-examination of parareptile phylogeny indicates that lanthanosuchids are not closely related to acleistorhinids. These results are more congruent both stratigraphically and biogeographically than the previous ‘lanthanosuchoid’ position for acleistorhinids, as they eliminate a 15 Ma ghost lineage within parareptiles, leaving Acleistorhinidae as an exclusively Pennsylvanian/Cisuralian clade from western Pangaea. Karutia fortunata contributes to our knowledge of the early Permian diversity of Parareptilia in Gondwana, a clade previously represented only by the mesosaurid inhabitants of the Irati-Whitehill epicontinental sea in the southern portion of the supercontinent. The new parareptile joins captorhinids in the amniote record of the Pedra de Fogo Formation, improving our picture of the inland tetrapod fauna of the southern hemisphere during the Cisuralian.
Keywords: Reptilia, Parareptilia, Acleistorhinidae, Gondwana, Cisuralian, Pedra de Fogo Formation, Parnaíba Basin 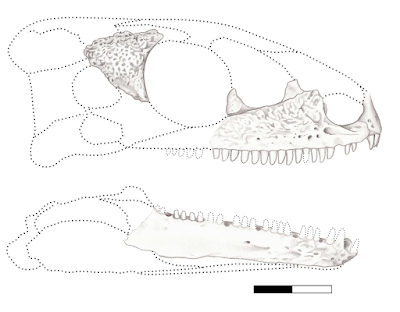 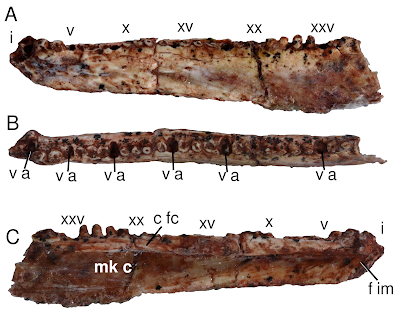 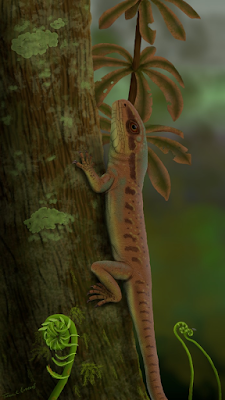 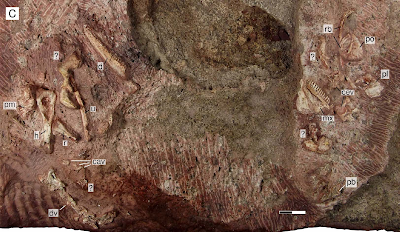 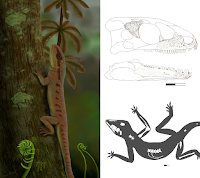 Abstract
The known diversity of the genus Liolaemus continues to increase, principally due to its great degree of endemism, the increasing number of researchers working on it, and advances in the taxonomic and phylogenetic knowledge of the genus. This diversity positions Liolaemus as the second most species-rich tetrapod genus. The present work adds to evidence for the great diversity of Liolaemus through the description of two new species, endemic to saline environments in the Argentinian Puna. Both species are members of the Liolaemus montanus group within the subgenus Eulaemus. To determine the taxonomic status of these lizards, we used integrative taxonomy as a tool, incorporating phylogenetic, morphological, and molecular genetic evidence, as well as the anatomy of hemipenes, statistical morphological analysis, and ecological characteristics. Our analyses supported the conclusion that both sampled populations of lizards are species new to science. One of these is found along the margins of the Antofalla salt flats in the Catamarca Province and the Hombre Muerto salt flats in the Salta Province. The other new species inhabits saline habitats vegetated by Lycium humile, principally between the salt crusts of the Antofalla salt flats. Both species are small to medium sized and can be distinguished from all other species of the L. montanus group by unique combinations of morphological characters, primarily pholidosis and dorsal and ventral colour patterns.
Key words: Argentine, ecology, hemipenis, lizard, morphology, phylogeny, principal components analysis, puna, taxonomy, total evidence 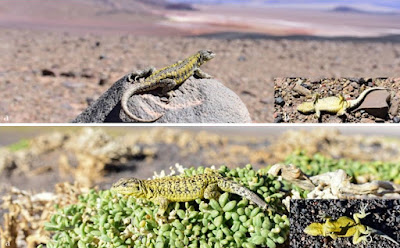 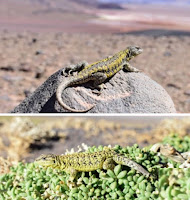 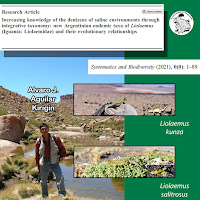 Abstract
The known collections of the genus Cora in continental North America north of Mexico, all restricted to Florida, are shown to belong to a single species, representing a previously unrecognized taxon formally described herein as Cora timucua. Based on data of the fungal ITS barcoding marker, obtained through Sanger and Illumina sequencing from two historical collections, the new species is phylogenetically most closely related to C. casanarensis from Colombia and C. itabaiana from Brazil, although it is morphologically most similar to the only distantly related C. hymenocarpa from Costa Rica. Based on data from the Consortium of North American Lichen Herbaria (CNALH) and from the Global Biodiversity Information Facility (GBIF), most of the collections of C. timucua originate from around the turn of the 19th century, while a few were made in the second half of the 20th century, all between 1968 and 1985. Almost all collections originate from Florida sand pine scrub, apparently the preferred habitat of this taxon. Neither modern collections nor extant localities are known. Based on these findings and the substantial degree of land use change in Florida in the past decades, we assessed the conservation status of C. timucua using the IUCN Red List criteria and found that it should be classified as critically endangered (CR), in line with the status of another Florida endemic, Cladonia perforata, which was the first federally red-listed lichen in the United States. The most likely location where C. timucua may still be extant is Ocala National Forest in the north-central portion of the Florida peninsula, although recent macrolichen surveys in that area did not encounter this species. 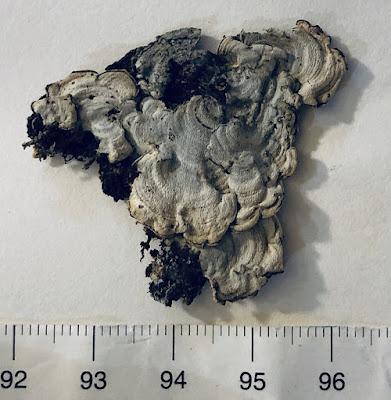 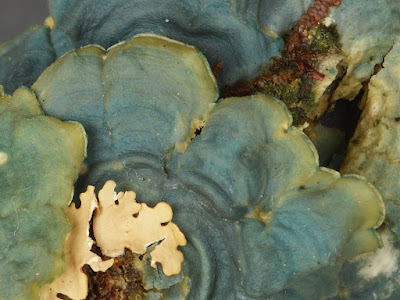 Abstract
Five species of giant tortoise (genus Cylindraspis) once occurred in huge abundance on the Mascarene Islands of Mauritius, Réunion, and Rodrigues. They disappeared after colonisation of the island by humans in the 17th and 18th centuries, primarily due to over-hunting and predation of eggs and young by introduced pigs and cats. So rapid was their extinction that virtually nothing is known about their life history, especially nesting and egg-laying behaviour. Here we report the discovery on Rodrigues of the first Mascarene tortoise-nesting site, which contained intact nesting chambers, complete egg clutches and fossil remains of a known native predator of tortoise eggs. We further compare the nesting behaviour with the giant tortoises of Aldabra Atoll in the Seychelles and the Galapagos Archipelago in Ecuador and provide details of the decline and extinction of Mascarene tortoises, most notably those of Rodrigues, for which good historical records exist.
Keywords: Mauritius, Réunion, Aldabrachelys gigantea, Chelonoidis, egg chamber, clutches, extinction
Julian Pender Hume, Owen Griffiths, Aurèle Anquetil Andre, Arnaud Meunier and Roger Bour. 2021. Discovery of the first Mascarene Giant Tortoise Nesting Site on Rodrigues Island, Indian Ocean (Testudinidae: Cylindraspis). Herpetology Notes. 14; 103-116. biotaxa.org/HN/article/view/62722/64867
Researchgate.net/publication/348371293_Discovery_of_the_first_Cylindraspis_nesting_site_on_Rodrigues_Island 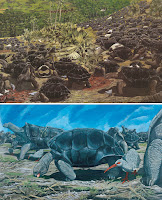 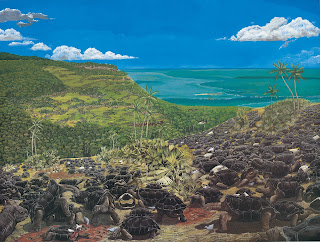 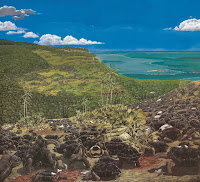 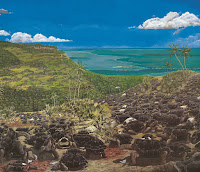 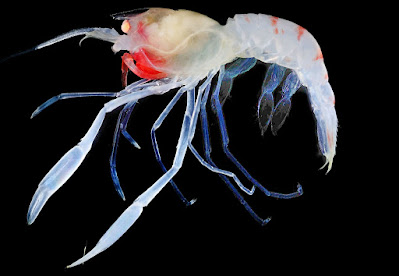 Abstract
Allium shahinii, a new species of Allium sect. Scorodon, is described and illustrated from Erzincan Province, Eastern Turkey. It is a narrowly distributed geophyte growing on siliceous screes of warm exposure in mountain ranges of the nemoral and thermophilous deciduous woodland zone, showing close morphological relationships mainly with A. moschatum, A. stocksianum, A. spirophyllum, A. circumflexum but it is clearly differentiated due to perigon, outer tunic, indumentum, leaf and scape characteristics. In this study, diagnostic characters, description, taxonomic comments, photographs, distribution map, detailed illustration, the conservation status of A. shahinii and identification key are provided for A. shahinii and related taxa. According to IUCN Red List Categories and Criteria, A. shahinii is assessed here as a Critically Endangered (CR) species.
Keywords: A. moschatum, A. stocksianum, A. spirophyllum, A. circumflexum, morphology, taxonomy, Turkey, Monocots 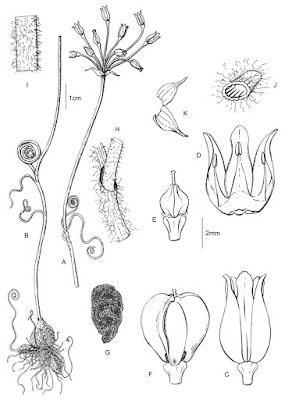 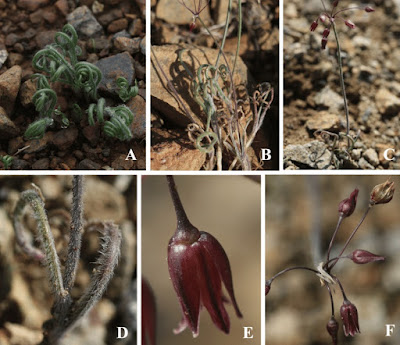 Schistura hiranyakeshi, a new species of loach is described from Hiranyakeshi River, Amboli, Sindhudurg district, Maharashtra. It is unique among congeners from peninsular, northeastern, and central India, and Sri Lanka in having an incomplete lateral line with 6-7 pores and ending at a point vertical at half the length of the adpressed pectoral fin; dorsal fin and caudal fin devoid of spots or blotches; body with 9-10 bars that are wider or almost equal in width to the interspaces; dorsal fin, anal fin and sub-dorsal bars with a unique crimson color in adult males; lower lip with a black mark on each side of the median interruption in live and preserved specimens; and no suborbital flap or axillary pelvic lobe. 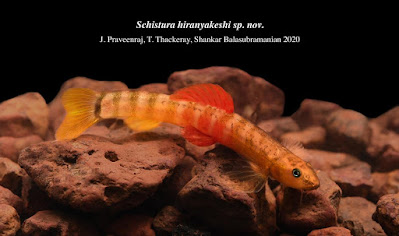 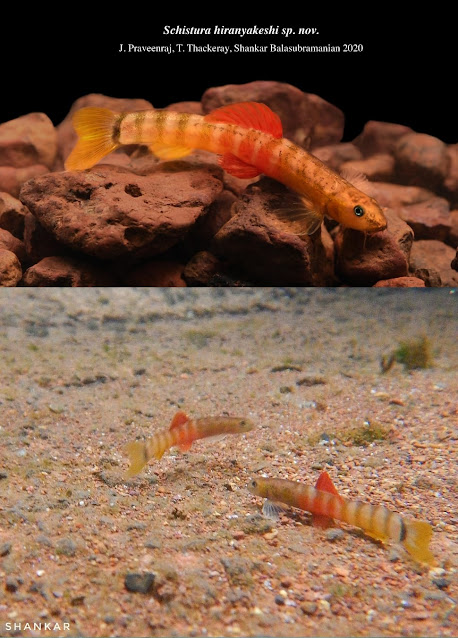 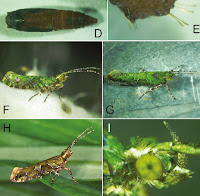 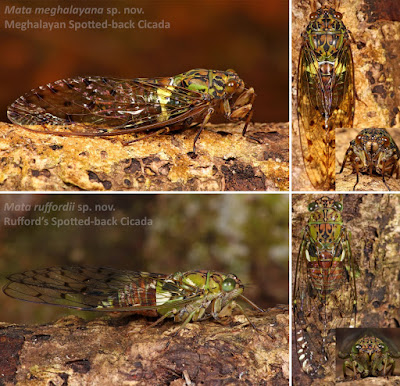 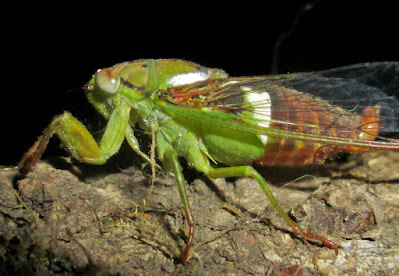 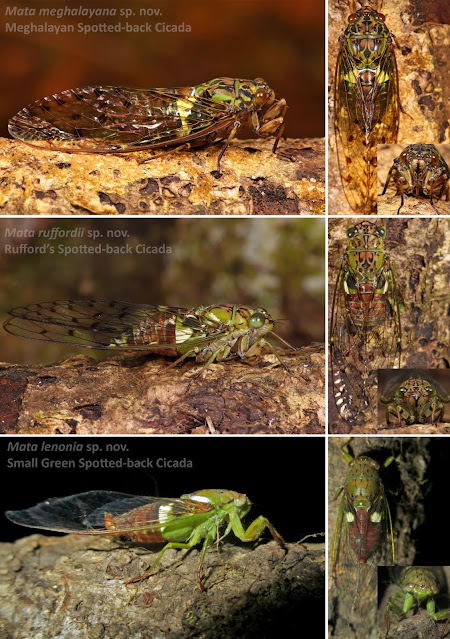 Abstract
We describe a new species of the New Zealand diplodactylid gecko genus Naultinus. Molecular phylogenetics and distinctive morphological features support taxonomic separation of the populations on the northern half of Aupori Peninsula in the far north of the North Island as a new species, Naultinus flavirictus sp. nov. The specific epithet refers to the diagnostic yellow colour at the corners of the mouth. We discuss the conservation status of and threats to this novel taxon and to Te Paki, Northland—the unique area of New Zealand where it is found. We further discuss the distribution and possible function of bright mouth colour within Naultinus.
Keywords: Reptilia, New Zealand, gecko, Diplodactylidae, taxonomy, new species, Naultinus flavirictus sp. nov. 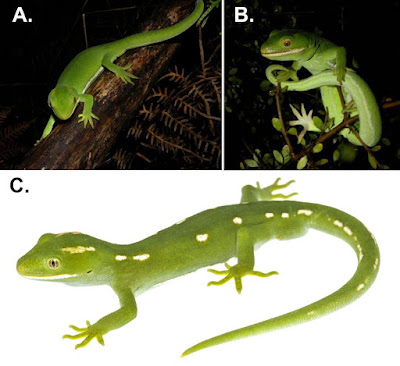 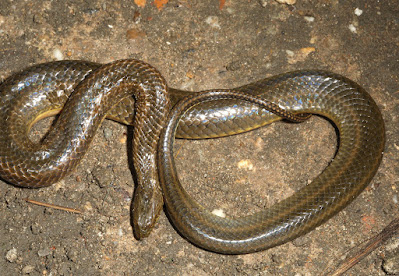 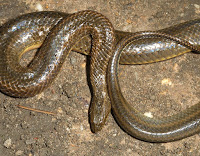 Abstract
A new species of cavernicolous gecarcinucid crab, Arachnothelphusa sarang, is described from a limestone cave in northern Sarawak, Malaysian Borneo. This increases the number of Arachnothelphusa species to six. It is the second member in the genus that is known to primarily occupy limestone caves, the other being A. rhadamanthysi Ng & Goh, 1987, from Gomantong in Sabah. Both species appear to be cavernicolous species with pale body colouration in life.
Key words: Brachyura, taxonomy, Oriental region, freshwater crab, cavernicolous crab 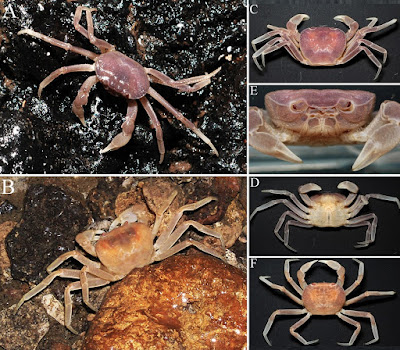