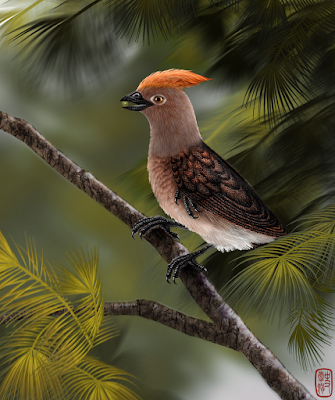 Abstract
The Chinese Lower Cretaceous Jehol Group is the second oldest fossil bird-bearing deposit, only surpassed by Archaeopteryx from the German Upper Jurassic Solnhofen Limestones. Here we report a new bird, Chongmingia zhengi gen. et sp. nov., from the Jehol Biota. Phylogenetic analyses indicate that Chongmingia zhengi is basal to the dominant Mesozoic avian clades Enantiornithes and Ornithuromorpha, and represents a new basal avialan lineage. This new discovery adds to our knowledge regarding the phylogenetic differentiation and morphological diversity in early avian evolution. The furcula of Chongmingia is rigid (reducing its efficiency), consequently requiring more power for flight. However, the elongated forelimb and the large deltopectoral crest on the humerus might indicate that the power was available. The unique combination of features present in this species demonstrates that numerous evolutionary experimentations took place in the early evolution of powered flight. The occurrence of gastroliths further confirms that herbivory was common among basal birds. The Jehol birds faced competition with pterosaurs, and occupied sympatric habitats with non-avian theropods, some of which consumed birds. Thus, avialan herbivory may have reduced ecological competition from carnivorous close relatives and other volant vertebrates early in their evolutionary history. 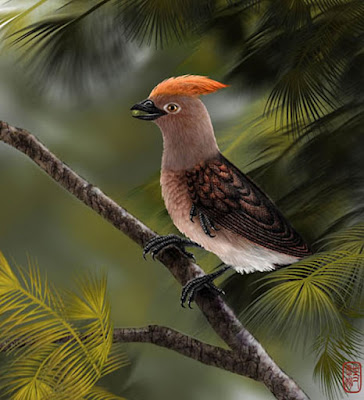 Etymology: The generic name is from the Mandarin word Chongming, referring to a Chinese mythological bird. The specific epithet is in honour of Mr. Xiaoting Zheng for his generous contribution in the establishment of the Shandong Tianyu Museum of Nature.

Holotype: STM (Shandong Tianyu Museum of Nature) 9-9, a partial skeleton with associated soft tissues and gastroliths, missing the skull and most of the caudal vertebrae (Fig. 1). 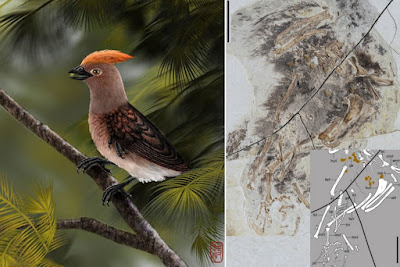 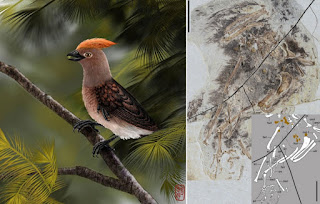