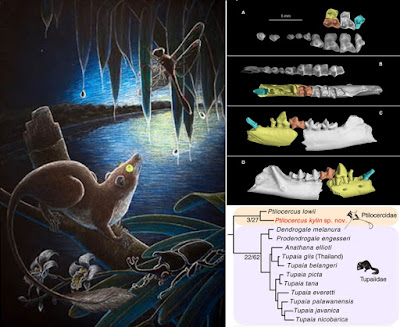 Abstract
Treeshrews are widely considered a “living model” of an ancestral primate, and have long been called “living fossils”. Actual fossils of treeshrews, however, are extremely rare. We report a new fossil species of Ptilocercus treeshrew recovered from the early Oligocene (~34 Ma) of China that represents the oldest definitive fossil record of the crown group of treeshrews and nearly doubles the temporal length of their fossil record. The fossil species is strikingly similar to the living Ptilocercus lowii, a species generally recognized as the most plesiomorphic extant treeshrew. It demonstrates that Ptilocercus treeshrews have undergone little evolutionary change in their morphology since the early Oligocene. Morphological comparisons and phylogenetic analysis support the long-standing idea that Ptilocercus treeshrews are morphologically conservative and have probably retained many characters present in the common stock that gave rise to archontans, which include primates, flying lemurs, plesiadapiforms and treeshrews. This discovery provides an exceptional example of slow morphological evolution in a mammalian group over a period of 34 million years. The persistent and stable tropical environment in Southeast Asia through the Cenozoic likely played a critical role in the survival of such a morphologically conservative lineage. 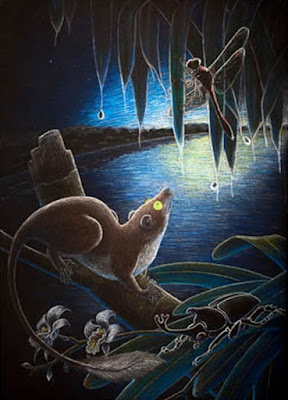 Etymology: Specific epithet is derived from the name of Qilin District, in Qujing City. Qilin is the pinyin for kylin, a hoofed dragon-like beast of Chinese myth. 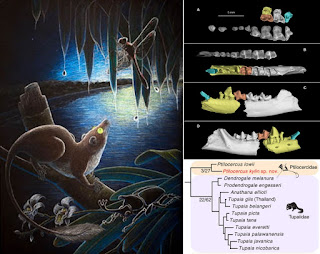