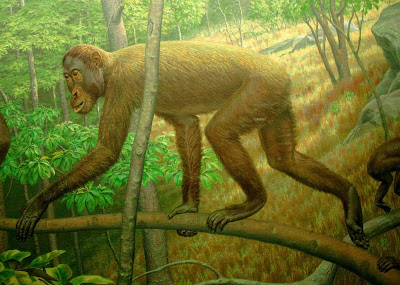 The fossil record of the living great apes is poor. New fossils from undocumented areas, particularly the equatorial forested habitats of extant hominoids, are therefore crucial for understanding their origins and evolution. Two main competing hypotheses have been proposed for orang-utan origins: dental similarities support an origin from Lufengpithecus, a South Chinese and Thai Middle Miocene hominoid; facial and palatal similarities support an origin from Sivapithecus, a Miocene hominoid from the Siwaliks of Indo-Pakistan. However, materials other than teeth and faces do not support these hypotheses. Here we describe the lower jaw of a new hominoid from the Late Miocene of Thailand, Khoratpithecus piriyai gen. et sp. nov., which shares unique derived characters with orang-utans and supports a hypothesis of closer relationships with orang-utans than other known Miocene hominoids. It can therefore be considered as the closest known relative of orang-utans. Ancestors of this great ape were therefore evolving in Thailand under tropical conditions similar to those of today, in contrast with Southern China and Pakistan, where temperate or more seasonal climates appeared during the Late Miocene. 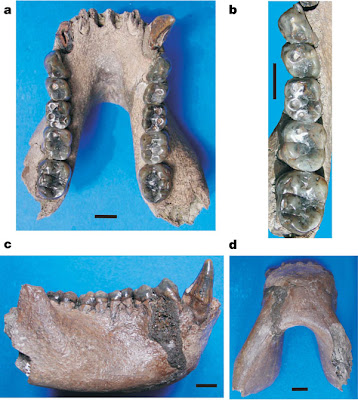 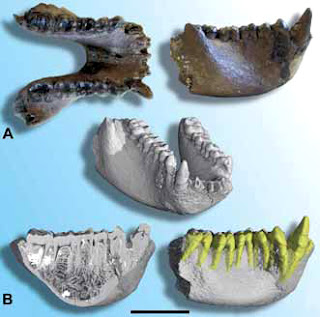