West Indian Ocean Coelacanth (Latimeria chalumnae) is a species of coelacanth, known for its vivid blue pigment. It is the better known of the two extant species.
http://en.wikipedia.org/wiki/Coelacanth

Coelacanth fish (Latimeria chalumnae). The coelacanth and related fish flourished in the Mesozoic era, which lasted from 400-60 million years ago. This fish was thought to be extinct until its discovery by science in 1938, when one was caught off South Africa. It had long been known to local fishermen. The coelacanth inhabits steep rocky shores in the western Pacific and Indian Oceans, living at depths of around 150-700 metres. By day it shelters in a cave, emerging at night to hunt smaller fish and squid near the seabed. An adult coelacanth may reach a length of two metres. Photographed off the Comoros Islands.
http://www.sciencephoto.com/media/376321/enlarge 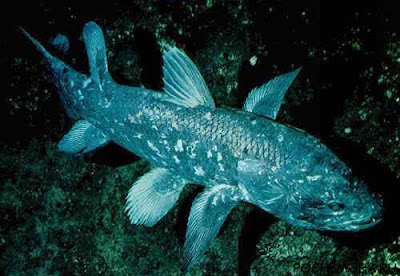 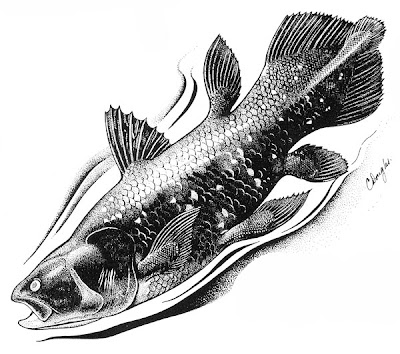 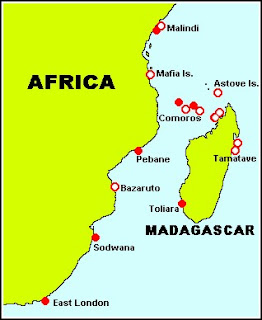 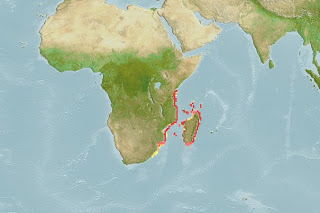 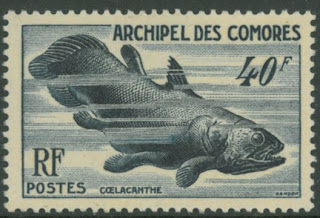