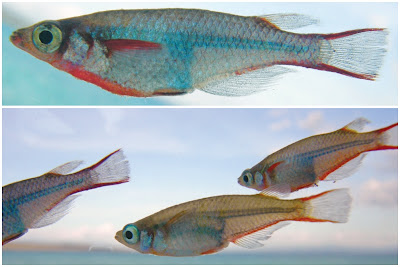 Fig. 1. (upper) Live adult male Oryzias woworae photographed in the field
Fig. 2. (lower) Live adult female Oryzias woworae, center, with two adult males,
photographed in the field just after collection. Original photograph has been reversed.
Oryzias woworae • Daisy’s Ricefish
Oryzias woworae, a new species of ricefish, is described from a freshwater habitat on Muna Island off the southeastern coast of the main island of Sulawesi, Indonesia. The new species is distinguished from all other known ricefishes by a remarkable color pattern of both sexes in life: the ventral surface of head and body anterior to the pelvic fins, dorsal portion of pectoral fins, dorsal-fin base, posterior portion of anal-fin base, caudal peduncle, and dorsal and ventral portions of caudal fin are brilliant red; the midlateral scales from just posterior to the eye to the caudal-fin base and the body scales anterior to the anal fin and ventral to midlateral scales are steel blue; the blue coloration is most prominent in adult males. Oryzias woworae, the smallest known ricefish from Sulawesi, is hypothesized to be a member of an unnamed clade of ricefishes diagnosed by a truncate, rather than lunate or emarginate, caudal fin. Description of O. woworae brings the recognized number of species in the beloniform family Adrianichthyidae to 29, 13 of which are endemic to Sulawesi. Ricefishes, in particular the new species, may serve as icons to generate interest in conservation of the endemic freshwater biota of Sulawesi. 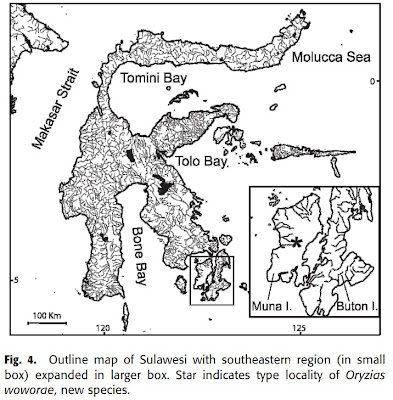 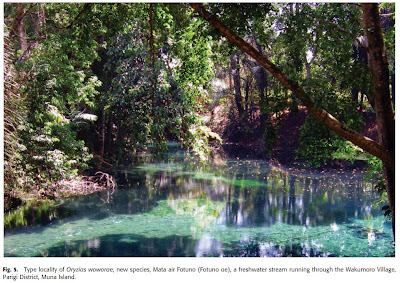