Abstract
On the basis of three female specimens collected recently, some aspects of a little known Bornean bufonid, Ansonia latidisca, are reported. On the mitochondrial phylogenetic tree, the species is basal to the group consisting of some Bornean species, and most Peninsular Malaysian and Thailand species, which is sister to the other group consisting of the remaining Bornean species, several Philippine species, and one Peninsular species. This relationship indicates that the the genus Ansonia has originated within Borneo. Superficial similarity of the species with Sabahphrynus maculatus is thought be the result of convergence in adaptation to an arboreal life. 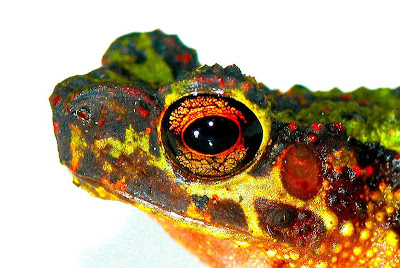 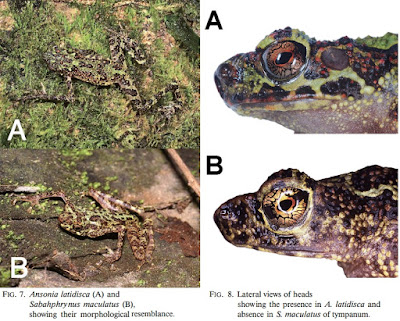 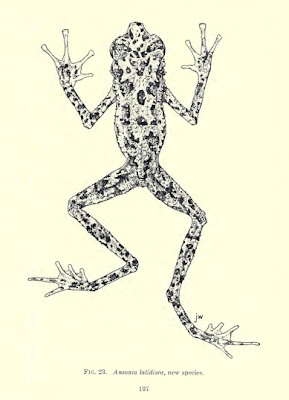 Not seen since the 1950s this species was endemic to Borneo. Known as the Sambas Stream toad (Ansonia latidisca), researchers believe logging may have destroyed their water habitat.
Illustration by: Fieldiana Zoology.
Reproduced in Inger (1966) 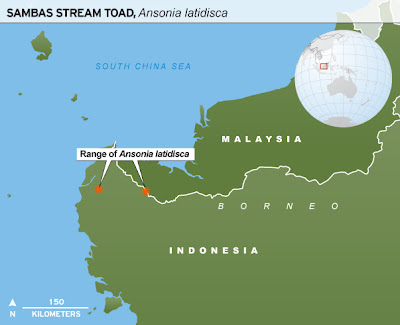 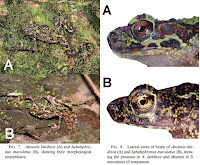