Abstract
A new Primulina species from Guangdong, China with an unusual inflorescence is described here. Primulina anisocymosa is vegetatively most similar to P. bobaiensis. It can be distinguished from all species within Primulina morphologically by its unique zigzag monochasial cyme and infructescence. To confirm the phylogenetic relationships and generic placement of this species, not only morphological anatomical features but also chromosome and DNA sequence data were examined and analysed here. Two samples from different populations identified as Primulina anisocymosa are monophyletic and were nested in a monophyletic clade within Primulina with high branch support. The somatic chromosome number of the new species is also reported (2n = 36), supporting its placement in the genus. 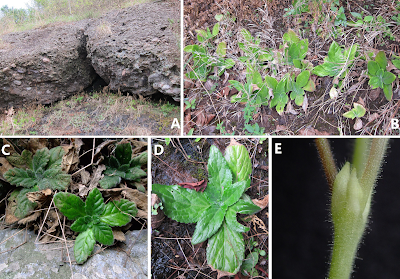 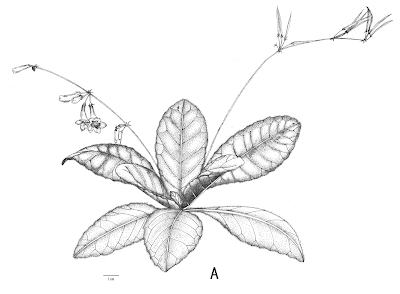 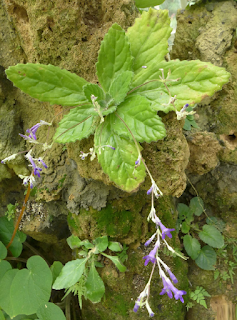 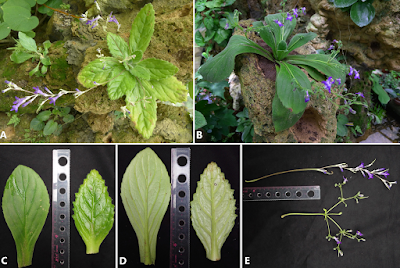 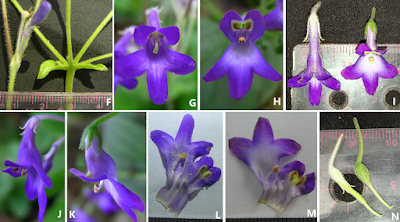 Diagnosis. Primulina anisocymosa differs from other congeners by the presence of a zigzag monochasial cyme.

Distribution. The new species is known from two locations: Gaozhou City and Yangchun City, Guangdong Province, southern China. This area is in the transitional zone between the tropics and subtropics.

Habitat and ecology. Primulina anisocymosa is locally abundant in Yangchun, although very rare in Gaozhou, Guangdong. The total number of this species in Gaozhou does not exceed 100 individuals. It grows in rocky crevices of moist shady cliffs on a red sedimentary rock hill, at an elevation of 50 m a.s.l in Gaozhou City. The species also grows on the moist rock surface of limestone cave entrances in Yangchun. The average annual temperature of the two localities is similar (ca. 21 °C) and the average annual precipitation is around 2,380 mm. P. anisocymosa occurs in subtropical evergreen broad-leaved forest. Flowering from September to October and fruiting from October to December. 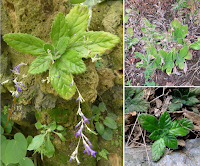