Abstract
Two new species in the South American sun-spider family Mummuciidae are herein described. Gaucha ramirezi sp. nov. is known from the Chancaní Provincial Park and Forest Reserve, Córdoba province, Argentina, and further reported for a single locality to the northeast, in Santiago del Estero province. The systematic position of this species is uncertain and it is not assigned to any species-group of Gaucha Mello-Leitão, 1924. The other species, Gaucha santana sp. nov., is only known from the Ibirapuitã Environmental Protection Area, in the southern Brazilian state of Rio Grande do Sul, and is a member of the fasciata species-group. With these descriptions, the number of known species of Gaucha is raised to eleven. 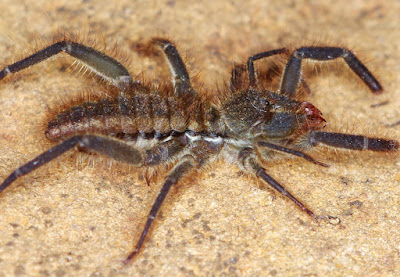