Abstract
Maintaining the accretion potential and three dimensional structure of coral reefs is a priority but reef-building scleractinian corals are highly threatened and retreating. Hence future reefs are predicted to be dominated by non-constructional taxa. Since the Late Triassic however, other non-scleractinian anthozoans such as Heliopora have contributed to tropical and subtropical reef-building. Heliopora is an ancient and highly conserved reef building octocoral genus within the monospecific Family Helioporidae, represented by a single extant species – H. coerulea, Pallas, 1766. Here we show integrated morphological, genomic and reproductive evidence to substantiate the existence of a second species within the genus Heliopora. Importantly, some individuals of the new species herein described as Heliopora hiberniana sp. nov. feature a white skeleton indicating that the most diagnostic and conserved Heliopora character (the blue skeleton) can be displaced. The new species is currently known only from offshore areas in north Western Australia, which is a part of the world where coral bleaching events have severely impacted the scleractinian community over the last two decades. Field observations indicate individuals of both H. coerulea and H. hiberniana sp. nov. were intact after the 2016 Scott Reef thermal stress event, and we discuss the possibility that bleaching resistant non-scleractinian reef builders such as Heliopora could provide new ecological opportunities for the reconfiguration of future reefs by filling empty niches and functional roles left open by the regression of scleractinian corals.

Diagnosis as for Family. Massive skeleton of crystalline aragonite, polyps in cylindrical tubes, interconnected via solenia.

Etymology: Latin, feminine, in reference to the type locality, adjectival form of Hibernia. 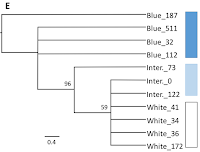 Remarks: There are only three available names of Heliopora listed in the World Register of Marine Species: H. coerulea (Pallas, 1766), H. fijiensis Hoffmeister, 1945 † and H. compressa Verrill, 1864. All are differentiated from H. hiberniana sp. nov. by morphology. Heliopora fijiensis remains known only from fossil material, and H. compressa is considered a nomen dubium. 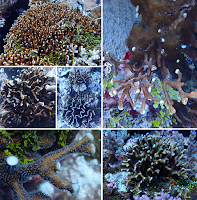 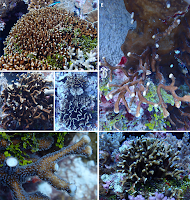