[Herpetology • 2013] Lost and found: One of the world's most elusive amphibians, Pseudophilautus stellatus (Kelaart 1853) rediscovered 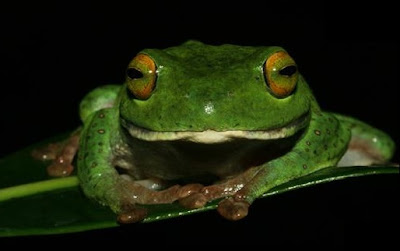 Abstract
Pseudophilautus stellatus (Kelaart 1853) has been rediscovered from the Peak Wilderness, Central Hills of Sri Lanka. The species, till now known only from its lost holotype, was the first shrub frog described from Sri Lanka, and had not been reported since then. It was thought to have become extinct for nearly 157 years, being the amphibian species "lost" for the longest amount of time. Here we designate a neotype from the material collected at what we consider its type locality, having considered characters of the lost holotype and provide a complete description. We have conducted a molecular phylogenetic analysis, on which basis the species is well differentiated from all other Pseudophilautus sequenced so far, and placed in a clade together with P. femoralis, P. frankenbergi, P. mooreorum, and P. poppiae. 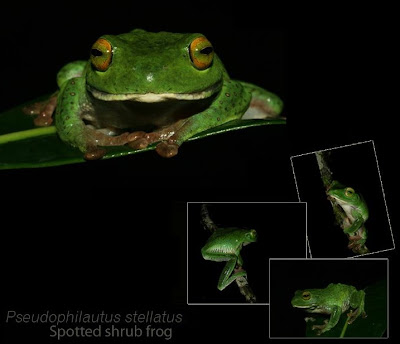 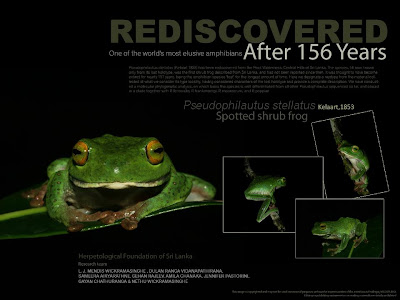