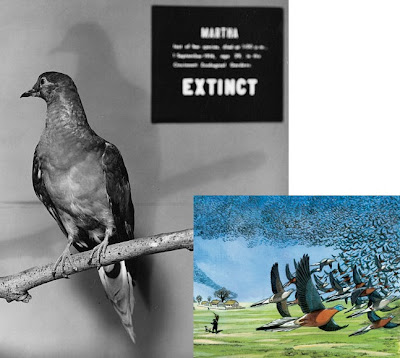 The information from ancient DNA (aDNA) provides an unparalleled opportunity to infer phylogenetic relationships and population history of extinct species and to investigate genetic evolution directly. However, the degraded and fragmented nature of aDNA has posed technical challenges for studies based on conventional PCR amplification. In this study, we present an approach based on next generation sequencing to efficiently sequence the complete mitochondrial genome (mitogenome) of two extinct passenger pigeons (Ectopistes migratorius) using de novo assembly of massive short (90 bp), paired-end or single-end reads. Although varying levels of human contamination and low levels of postmortem nucleotide lesion were observed, they did not impact sequencing accuracy. Our results demonstrated that the de novo assembly of shotgun sequence reads could be a potent approach to sequence mitogenomes, and offered an efficient way to infer evolutionary history of extinct species. 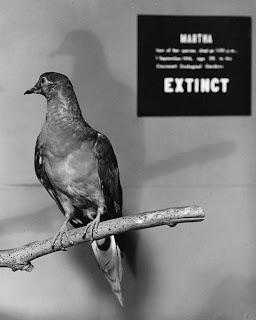 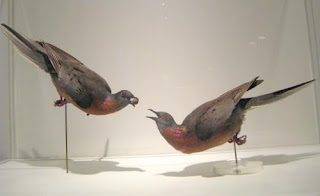