[Herpetology • 2012] Rediscovery of Geckoella jeyporensis (Squamata: Gekkonidae) in the Eastern Ghats, in Orissa and Andhra Pradesh, India | with notes on morphology, coloration and habitat

For over a century and quarter, the tiny Geckoella jeyporensis, a small lizard measuring up to 10 cm, was given up as extinct. Now it has been spotted in the Eastern Ghats, causing scientists to cheer. A dedicated and concerted effort by a group of environmentalists has caused the rediscovery of the Geckoella jeyporensis in the Eastern Ghats, in Orissa and Andhra Pradesh. The lizard has not been seen in 135 years, a scientist involved in the efforts revealed.

"This gecko, a lizard of the Gekkonidae family, is morphologically unique. It was known only from a single male specimen collected in 1877 by a British officer, Col R.H. Beddome, from the Jeypore Hills, in modern Orissa," Varad Giri, a scientist with the Bombay Natural History Society (BNHS), told IANS.

The "re-discovery" of this species was the result of a joint venture between the Centre for Ecological Sciences of the Indian Institute of Science (CES-IISc), Bangalore, BNHS Mumbai and Villanova University, US. The journal Hamadryad has endorsed the rediscovery.

The efforts were propelled by the research of CES-IISc doctoral student Ishan Agarwal, who in 2008-2009 wanted to find this lost species to understand its evolutionary history. There was scanty published material around this particular lizard, and an attempt was made to retrace the journey Col Beddome undertook in the Eastern Ghats over a century ago.

"The only clues were in the original description, which said that this species was collected under a rock in a forest at 4,200 ft on 'Patinghe Hill, Jeypore' - meaning high elevation forest areas (@1,000m) in the Eastern Ghats," Agarwal told IANS. 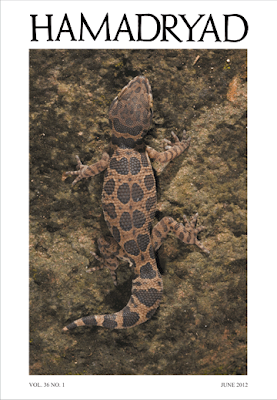 Teams of researchers, scientists and naturalists had failed in the past 135 years to trace the unique lizard, Agarwal said. As he grew convinced that the gecko could be found again, another doctoral student, Aniruddha Datta-Roy, and field assistant Tarun Khichi, also joined him on the uncertain mission.

"It takes persistence and just a little bit of luck. So, it was that one day of hard work by four of us which paid off in a spectacular fashion - the unexpected rediscovery of Geckoella jeyporensis!", Agarwal said.

This was a significant addition to the 190 species of lizards currently known to exist in India, Giri explained.After one effort yielded nothing, the team tried its luck again in 2011. This time, it hit bull's eye in Andhra Pradesh. After the exciting discoveries, Giri and Aaron Bauer of Villanova University, US, studied the taxonomy of the species and it was subsequently confirmed as a "rediscovery". 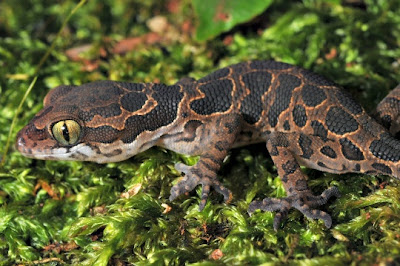 "This species is unique among Indian geckos as it has enlarged, hexagonal, plate-like scales across the back. It is one of the most beautiful among Indian geckos, with an orange-brown dorsum, a series of large chocolate brown dorsal blotches," Giri said.

Giri and Agarwal said that besides being morphologically unique and endemic to a region not traditionally known to harbour many endemics, this species appears restricted to a very specialised habitat in the Eastern Ghats, semi-evergreen forests above 1,000 m elevation.

"This discovery leads us to conclude that the country's Eastern Ghats are more biodiverse than previously believed. There is a strong need for the authorities concerned to protect the region, its flora and fauna," Giri urged.

"In many ways, the rediscovery of Geckoella Jeyporensis is symptomatic of herpetological research in India. There are a number of species that have not been recorded since their original descriptions or are known in a few localities," said the study by Hamadryad.