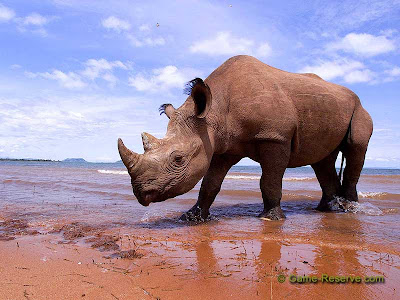 The International Union for Conservation of Nature said that two other subspecies of rhinoceros were close to meeting the same fate. The Northern White Rhino of central Africa is now "possibly extinct" in the wild and the Javan Rhino "probably extinct" in Vietnam, after poachers killed the last animal there in 2010. A small but declining population survives on the Indonesian island of Java.

IUCN said Thursday that a quarter of all mammals are at risk of extinction, according to its updated Red List of endangered species.

IUCN - Another leap towards the Barometer of Life http://www.iucn.org/about/work/programmes/species/?8548%2FAnother-leap-towards-the-Barometer-of-Life