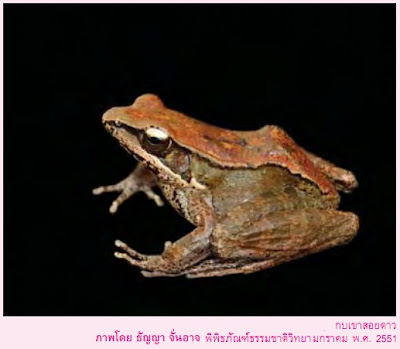 กบเขาสอยดาว Sylvirana faber
(Ohler, Swan & Daltry 2002)
ABSTRACT
Reported here are the findings of the first field surveys for amphibians in the Cardamom Mountains of Southwest Cambodia, which were conducted in January -March 2000 and February -April 2001, A total of 34 species of anuran were found in these mountains, including new species of Megophrys, Philautus and Rana (Sylvirana) that are described here. A further 17 species that have not previously been reported from Cambodia were also recorded during these surveys. These results double the size of Cambodia's known amphibian fauna. Species of particular taxonomic interest from the collections are discussed in further detail, and a national checklist of Cambodia's known amphibian fauna is also provided.
KEY WORDS. Amphibians, new species, Megophrys, Philautus, Rana (Sylvirana), Cambodia, taxonomy. 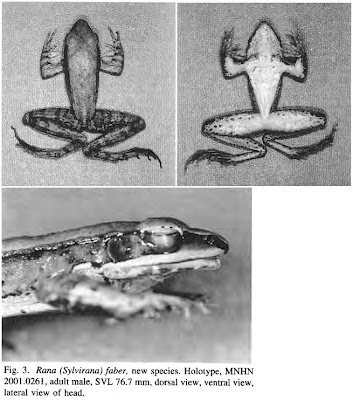 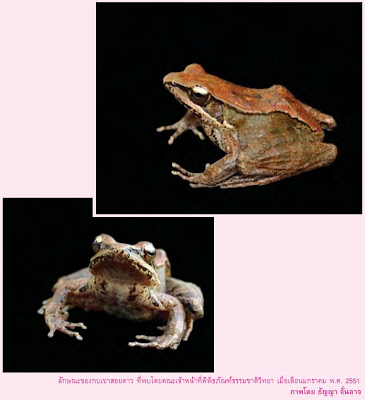 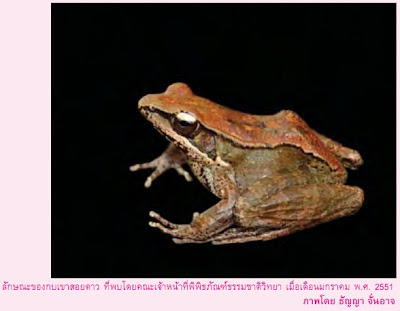