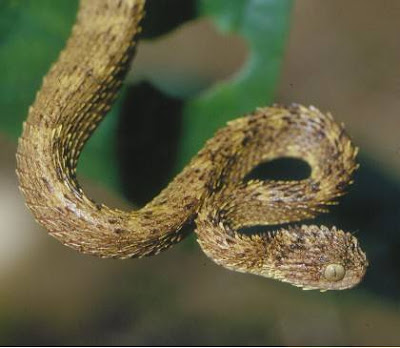 Atheris hirsuta Ernst & Rödel, 2002
– Tai Hairy Bush Viper
Atheris hirsuta has been assessed as Vulnerable because it has a restricted range. Although its restricted range is found within a National Park, the surrounding habitat is becoming degraded and fragmented due to human encroachment on the area and subsequent clearing of forest for agriculture. The enforcement of the national park protection is also unclear, and as a result, future human encroachment on the park may affect the species. Due to its small distribution, monitoring of this species should be undertaken, and effective management and protection of the national park may ensure the survival of the species. 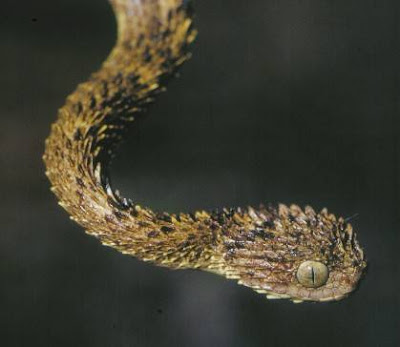