Distribution and habitat. Metzia bounthobi is hitherto known only from the Ou River basin (a tributary of the Mekong) in Phongsaly and Luang Prabang provinces of northern Laos. This species was found in upland clear streams with moderate or slow current.

Etymology. The specific name, bounthobi, is in honour of Bounthob Praxaysombath (NUOL), who was the leading researcher performing the field surveys throughout the NUOL-NEF project on 2007–2010. Eight of all 10 type series of the new species were brought from the project surveys. 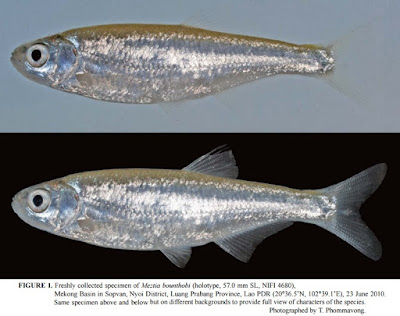