Abstract
The Lower Cretaceous (Albian) Sasayama Group in the Hyogo Prefecture of southwestern Japan has yielded various vertebrate fossils, including skeletal remains of dinosaurs, anurans, lizards, and mammals, and recently eggshell fragments. Here we report on numerous fossil eggshells from the bone-bearing Kamitaki locality in Tamba City, which represents a diverse dinosaur eggshell assemblage. Of the more than 90 eggshell fragments recovered, five different types were identified, including eggshells that likely belong to a variety of theropods (Nipponoolithus ramosus oogen. et oosp. nov., Elongatoolithus sp., Prismatoolithus sp., and Prismatoolithidae indet.) and at least one ornithopod (Spheroolithus sp.). All eggshells are relatively thin, and a new derived estimation method correlating egg mass with eggshell thickness indicates that they are among the smallest (28–135 g) theropod eggs known, likely laid by small bodied forms. The eggshell assemblage from this locality suggests that a diverse small dinosaur fauna, consisting primarily of theropods, nested in the region, a diversity yet to be evidenced from skeletal remains in Japan.

Diagnosis. As for the type and only oospecies.

Type locality and horizon. As for type and only oospecies. 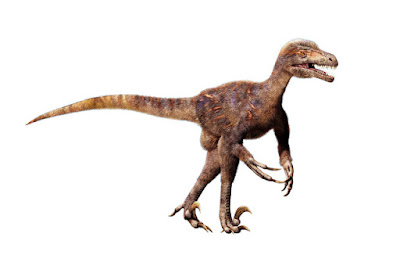 Etymology. The specific name means branching in Latin, referring to the branching ridges on the outer surface of the eggshell.

Type locality and horizon. The holotype and all referred specimens come from the lower part of the 'Lower Formation' of the Sasayama Group in Kamitaki, southeastern Tamba City, Hyogo, Japan.

Diagnosis. Nipponoolithus ramosus differs from all other ootaxa in the following unique combination of traits: low-relief, branching ridges on the outer surface; eggshell thickness ranges from 0.37 to 0.53 mm (average 0.44 mm); eggshell consists of a mammillary layer and a continuous layer delimited by an abrupt boundary; mammillae composed of acicular or wedge-like crystals; mammillae wider than high; mammillary layer to continuous layer thickness ratio of 1:2 to 1:4.