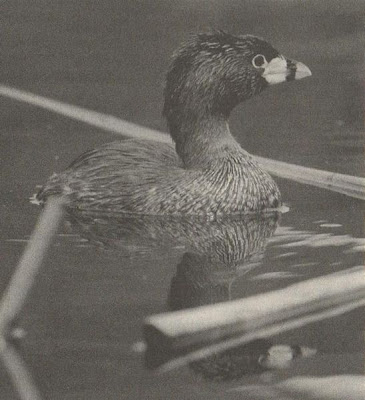 The decline of the Atitlán Grebe began in 1958 and again in 1960 after Smallmouth bass (Micropterus dolomieu) and Largemouth bass (Micropterus salmoides) were introduced into Lake Atitlán. These invasive species reduced the crabs and fish which the grebes depended on for food and the fish even killed the grebe chicks. The population of the Atitlán Grebe declined from 200 individuals in 1960 to 80 in 1965. Thanks to the conservation efforts of Anne LaBastille, in 1966 a refuge was established where this species was able to rebound. The population recovered to 210 in 1973. Unfortunately after the 1976 Guatemala earthquake, the lake bed fractured. An underwater drain led to a fall of the water level and to a further severe decrease of the number of grebes. In 1983 only 32 individuals were left, of which the largest part were hybrids with the Pied-billed Grebe. The last two birds were seen in 1989, and after they disappeared the Atitlán Grebe was declared officially extinct. 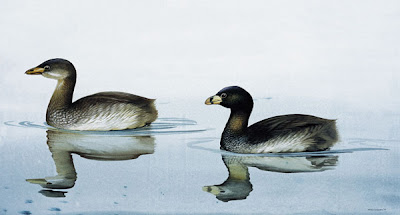