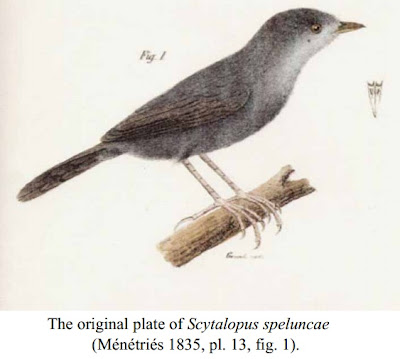 Abstract
Scytalopus speluncae was described from a specimen taken at São João del Rei, Minas Gerais, Brazil. Ménétriés described it as having the throat and the central breast evidently whitish, but since then this name has been rather surprisingly attributed to the uniformly slate gray Mouse-colored Tapaculo of the eastern coastal Atlantic Forest of Brazil. Contrary to previous findings, our analysis of the holotype, two new specimens from the type locality (topotypes) and original description of Scytalopus speluncae indicates that this name must be applied to the pale gray form with rufousbarred thighs that is found in Minas Gerais. This species is apparently very common in São João del Rei. This paper redescribes Scytalopus speluncae, correcting this name application, and describing, as a new species, populations from the Serra do Mar and vicinity, previously misidentified as  S. speluncae. 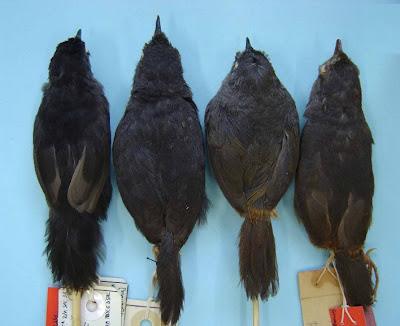 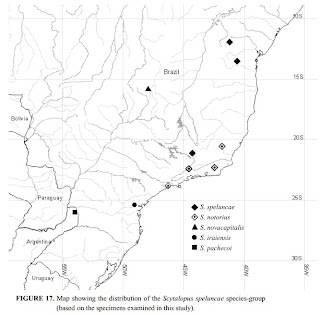