A new species of slender skink is described from the Philippines. The species is endemic to Lubang Island, and is assigned to the Brachymeles bonitae Complex based on phenotypic and genetic data. Specimens were collected from Lubang Island between 1991 and 2012, and were examined based on morphological data (qualitative traits, meristic counts, and mensural measurements). Published genetic sequence data from phylogenetic studies of the genus reveal the new species to be highly divergent from congeners. Brachymeles ligtas sp. nov. is differentiated from other members of the genus based on a number of distinct morphological features, including small body size (SVL 60.7–79.6 mm), bidactyl fore-limbs, digitless hind limbs, high number of presacral vertebrae (50), and the absence of auricular openings. Additionally, the new species has diagnostic, distinct dorsal head scale patterns. This new species becomes the only member of the genus known to occur on the deep-ocean island of Lubang.

Etymology. The specific epithet is derived from the Tagalog (Filipino) term "nakaligtas," meaning "survivor" and "ligtas," meaning "salvation." We name this species in honor of the people of Lubang Island who endured nearly three decades of violence and guerrilla warfare, from 1945 to 1974, led by the Imperial Japanese Army intelligence officer Hiroo Onoda, and four Japanese soldiers. After being driven into the jungle of Lubang Island by allied forces near the end of World War II, Onoda resisted surrender for 29 years believing the war was not yet over. Onoda would finally surrender in 1974, allowing the communities of Lubang to move on from the hardships faced during this time period, including the loss of over 30 lives and injuries to dozens more. Suggested common name: Lubang Slender Skink.

Distribution. Brachymeles ligtas sp. nov. is currently known only from Lubang Island (Fig. 1) and we expect it is found on several smaller nearby landmasses.

Natural history. Brachymeles ligtas sp. nov. likely once occurred in low- to mid-elevation primary forest habitats. As most primary forest on Lubang Island has been destroyed, the recent observations of this species have occurred in secondary growth forest habitats. In contrast to the other members of the B. bonitae Complex, this species appears to be relatively common in secondary growth forest fragments on the island. To date, no other congeners have been documented on Lubang Island.
We have evaluated this species against the International Union for Conservation of Nature (IUCN) criteria for classification and find that it does not qualify for Critically Endangered, Endangered, Vulnerable, or Near Threatened status. Although B. ligtas sp. nov. is known from a single island only, the species appears relatively common in secondary growth forest on Lubang, and until additional data are presented to support otherwise, we classify this species as Least Concern (LC; IUCN 2015). 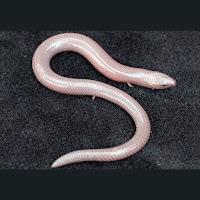