Abstract
Octopuses typically have a single reproductive period and then they die (semelparity). Once a clutch of fertilized eggs has been produced, the female protects and tends them until they hatch. In most shallow-water species this period of parental care can last from 1 to 3 months, but very little is known about the brooding of deep-living species. In the cold, dark waters of the deep ocean, metabolic processes are often slower than their counterparts at shallower depths. Extrapolations from data on shallow-water octopus species suggest that lower temperatures would prolong embryonic development periods. Likewise, laboratory studies have linked lower temperatures to longer brooding periods in cephalopods, but direct evidence has not been available. We found an opportunity to directly measure the brooding period of the deep-sea octopus Graneledone boreopacifica, in its natural habitat. At 53 months, it is by far the longest egg-brooding period ever reported for any animal species. These surprising results emphasize the selective value of prolonged embryonic development in order to produce competitive hatchlings. They also extend the known boundaries of physiological adaptations for life in the deep sea. 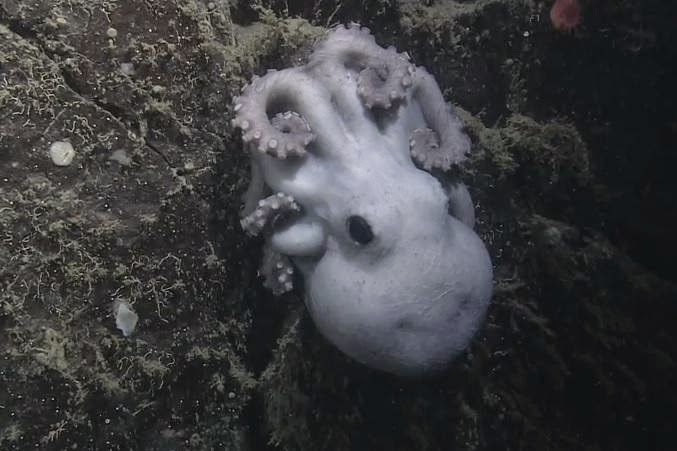 the real octomom: Octopus stayed with her eggs for over four YEARS http://dailym.ai/1k82Xvz
http://www.realmonstrosities.com/2014/08/mother-sits-on-children-for-over-4-years.html