Abstract
A new species of treefrog of the Boophis rappiodes group (Anura, Mantellidae) is described from the Sahamalaza – Iles Radama National Park in northwest Madagascar. This new species is green in colour with bright red speckling across its head and dorsum; similar in morphology to other species of this group including: B. bottae, B. rappiodes, B. erythrodactylus and B. tasymena. The new species can be distinguished by its advertisement call and by a genetic divergence of more than 4.9% in the analysed mitochondrial 16S rRNA gene fragment. Its call consists of two note types: a trill and a click; although similar sounding to B. bottae, the trill note of the new species has a faster pulse rate while the click note is predominantly two-pulsed rather than three. All individuals were detected from the banks of two streams in Ankarafa Forest. The new species represents the only member of the B. rappiodes group endemic to Madagascar’s western coast, with the majority of other members known from the eastern rainforest belt. Despite its conspicuous call, it has not been detected from other surveys of northwest Madagascar and it is likely to be a local endemic to the peninsula. The ranges of two other amphibian species also appear restricted to Sahamalaza, and so the area seems to support a high level of endemicity. Although occurring inside a National Park, this species is highly threatened by the continuing decline in the quality and extent of its habitat. Due to these threats it is proposed that this species should be classified as Critically Endangered according to the IUCN Red List criteria. 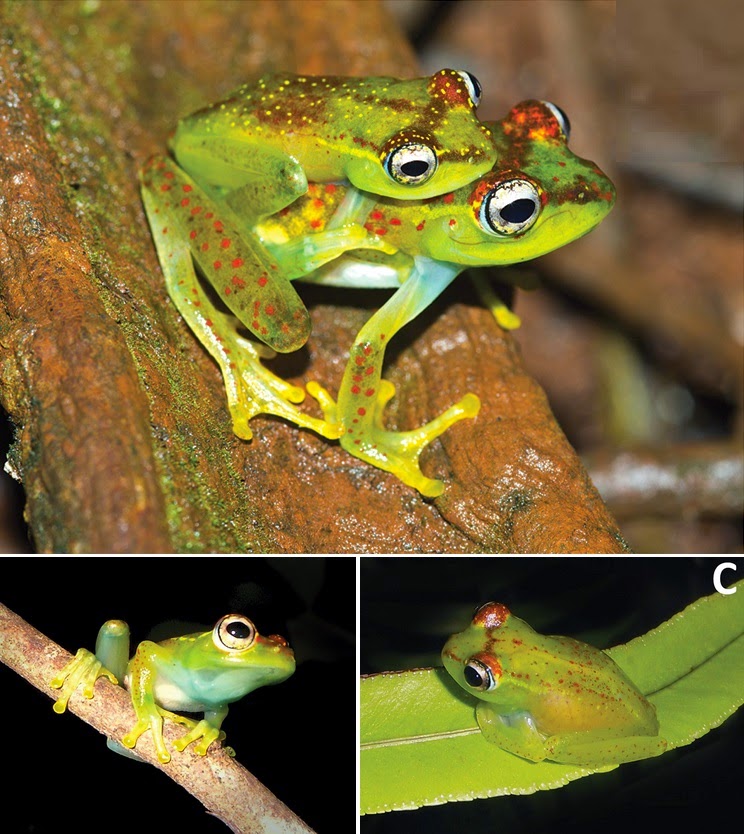 A new species of endemic treefrog from Madagascar
eurekalert.org/pub_releases/2014-08/pp-ans081814.php