[BioGeography / Ornithology • 2013] On the Origin of Pantepui Montane Biotas: A Perspective Based on the Phylogeny of Aulacorhynchus toucanets

ABSTRACT
To understand the origin of Pantepui montane biotas, we studied the biogeography of toucanets in the genus Aulacorhynchus. These birds are ideal for analyzing historical relationships among Neotropical montane regions, given their geographic distribution from Mexico south to Bolivia, including northern Venezuela (Cordillera de la Costa), and the Pantepui. Analyses were based on molecular phylogenies using mitochondrial and nuclear DNA sequences. Topology tests were applied to compare alternative hypotheses that may explain the current distribution of Aulacorhynchus toucanets, in the context of previous hypotheses of the origin of Pantepui montane biotas. Biogeographic reconstructions in RASP and Lagrange were used to estimate the ancestral area of the genus, and an analysis in BEAST was used to estimate a time framework for its diversification. A sister relationship between the Pantepui and Andes+Cordillera de la Costa was significantly more likely than topologies indicating other hypothesis for the origin of Pantepui populations. The Andes was inferred as the ancestral area for Aulacorhynchus, and the group has diversified since the late Miocene. The biogeographic patterns found herein, in which the Andes are the source for biotas of other regions, are consistent with those found for flowerpiercers and tanagers, and do not support the hypothesis of the geologically old Pantepui as a source of Neotropical montain diversity. Based on the high potential for cryptic speciation and isolation of Pantepui populations, we consider that phylogenetic studies of additional taxa are important from a conservation perspective. 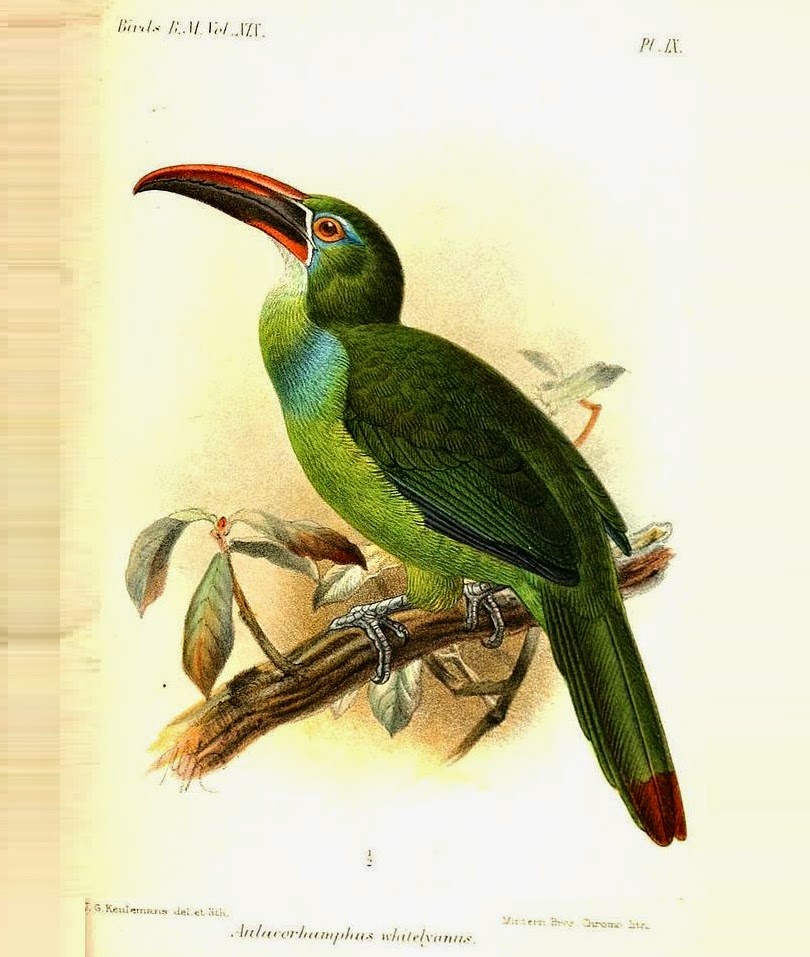