All known species of extant tapirs are allopatric: 1 in southeastern Asia and 3 in Central and South America. The fossil record for tapirs, however, is much wider in geographical range, including Europe, Asia, and North and South America, going back to the late Oligocene, making the present distribution a relict of the original one. We here describe a new species of living Tapirusfrom the Amazon rain forest, the 1st since T. bairdii Gill, 1865, and the 1st new Perissodactyla in more than 100 years, from both morphological and molecular characters. It is shorter in stature than T. terrestris (Linnaeus, 1758) and has distinctive skull morphology, and it is basal to the clade formed by T. terrestris and T. pinchaque (Roulin, 1829). This highlights the unrecognized biodiversity in western Amazonia, where the biota faces increasing threats. Local peoples have long recognized our new species, suggesting a key role for traditional knowledge in understanding the biodiversity of the region. 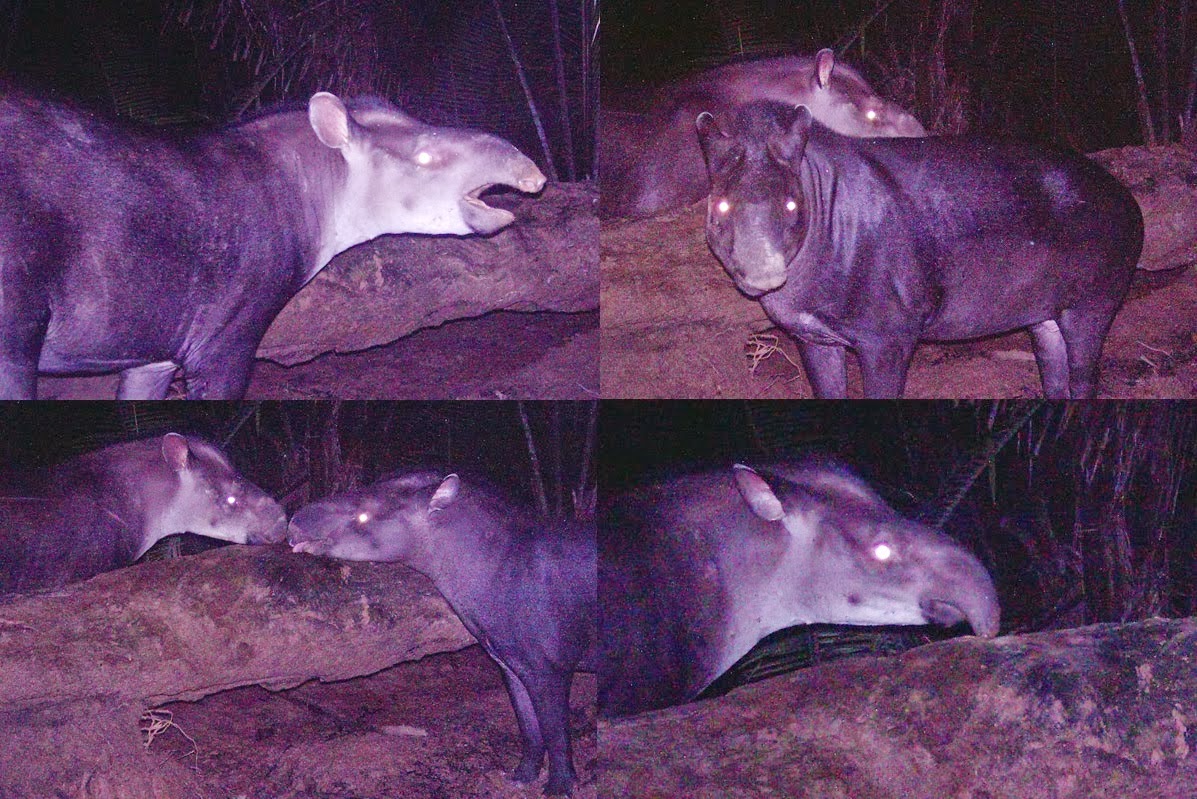 Distribution.— The new species is present in Amazonas,  Rondônia, and Mato Grosso states in Brazil and in Amazonas Department in Colombia. The habitats in the localities where the species was recorded so far are mosaics of forest and open savanna. Local people’s knowledge and photographic documents also suggest that it may be present in the eastern Amazon along the Guiana Shield (Amapá in Brazil and southern French Guiana; Fig. 2).