Abstract
Anoles are well-known examples of adaptive radiation and convergent evolution. Their phylogenetic relationships have been intensely studied, but their fossil record remains fairly poor, limiting our understanding of their evolutionary history. We present new data on Anolis electrum Lazell, 1965, the first discovered fossil anole and sole vertebrate described from Mexican amber, using X-ray computed tomography. We inferred the phylogenetic relationships of A. electrum and comment on its use in estimating the age of Anolis origins, which has significant relevance in explaining the presence of anoles on Caribbean islands. Anolis electrum is represented by two pieces of amber containing parts of the same individual. Partial squamation and skeleton details are well preserved, although only ten characters commonly used in phylogenetic analyses could be scored. The lack of informative characters resulted in A. electrum being inferred in 14 different places within four recognized subclades – Dactyloa, cristatellus series, darlingtoni series, and Norops – one of which corresponds to previously suggested close relationships. Results fail to support a suggested age estimation of 130 Myr for Anolis; consequently, the hypothesis of overwater dispersal as the explanation for the occurrence of anoles on Caribbean islands remains the most robust hypothesis. 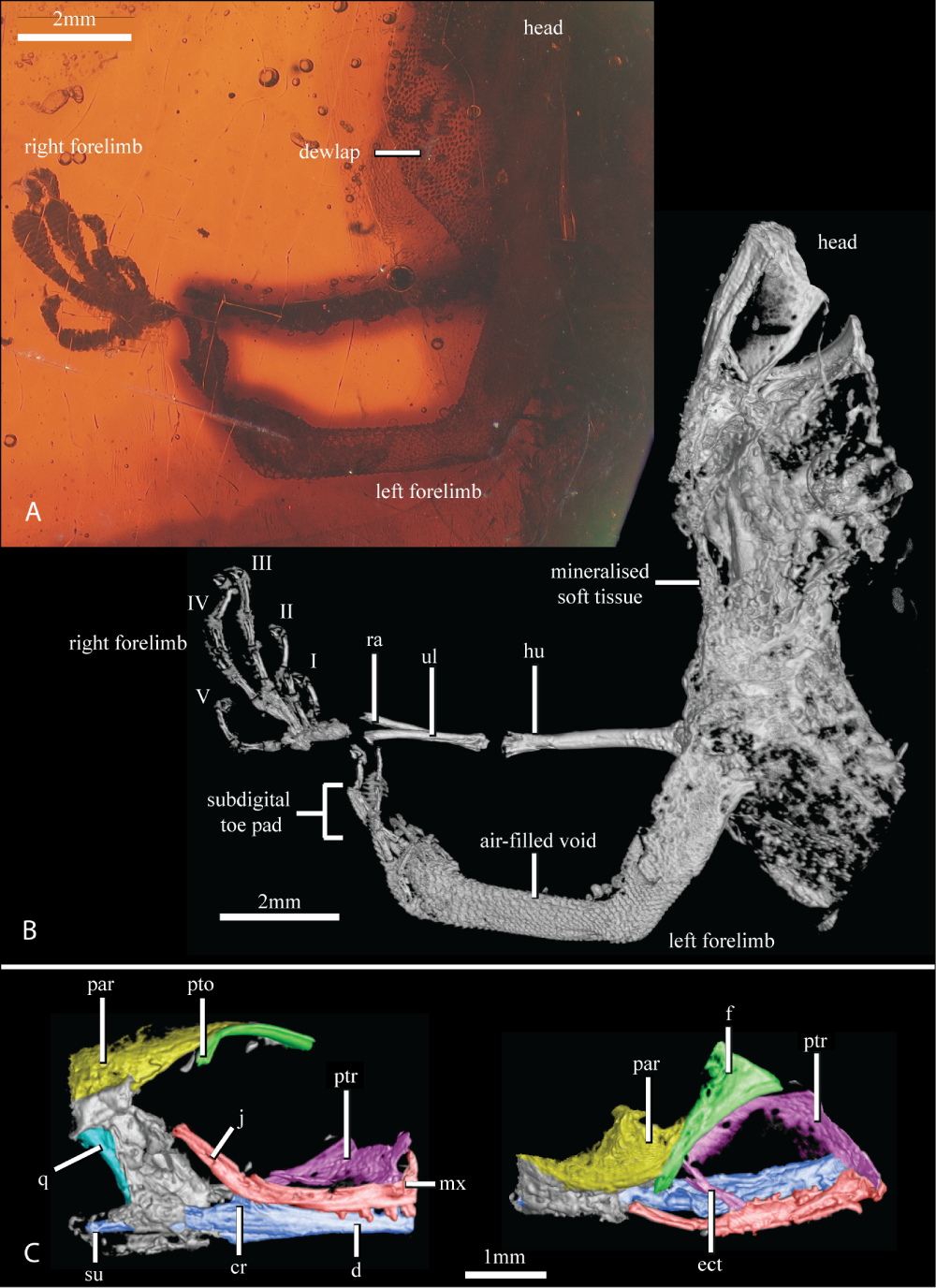 The Fossil Species Anolis electrum Gets an X-ray Makeover
anoleannals.org/2014/08/14/the-fossil-species-anolis-electrum-gets-an-x-ray-makeover