Abstract
A pterosaur bone bed with at least 47 individuals (wing spans: 0.65–2.35 m) of a new species is reported from southern Brazil from an interdunal lake deposit of a Cretaceous desert, shedding new light on several biological aspects of those flying reptiles. The material represents a new pterosaur, Caiuajara dobruskii gen. et sp. nov., that is the southermost occurrence of the edentulous clade Tapejaridae (Tapejarinae, Pterodactyloidea) recovered so far. Caiuajara dobruskii differs from all other members of this clade in several cranial features, including the presence of a ventral sagittal bony expansion projected inside the nasoantorbital fenestra, which is formed by the premaxillae; and features of the lower jaw, like a marked rounded depression in the occlusal concavity of the dentary. Ontogenetic variation of Caiuajara dobruskii is mainly reflected in the size and inclination of the premaxillary crest, changing from small and inclined (~115°) in juveniles to large and steep (~90°) in adults. No particular ontogenetic features are observed in postcranial elements. The available information suggests that this species was gregarious, living in colonies, and most likely precocial, being able to fly at a very young age, which might have been a general trend for at least derived pterosaurs. 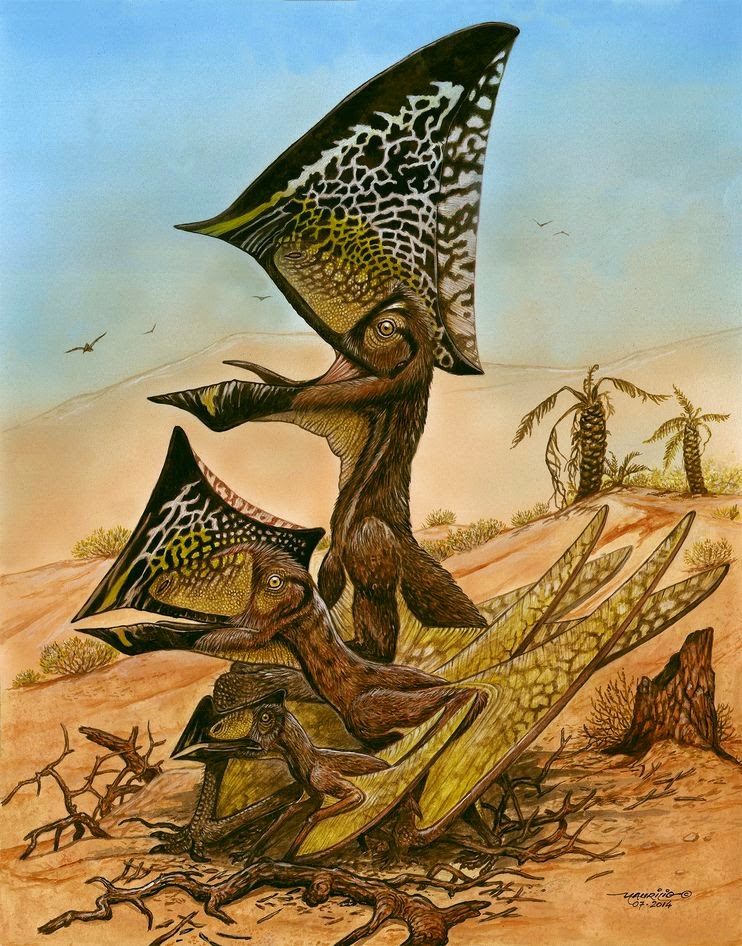 Etymology: Combination of Caiuá and Tapejara, the internal specifier of the Tapejarinae; species honors Alexandre Dobruski, who with his son, João Dobruski, found the new site back in 1971. 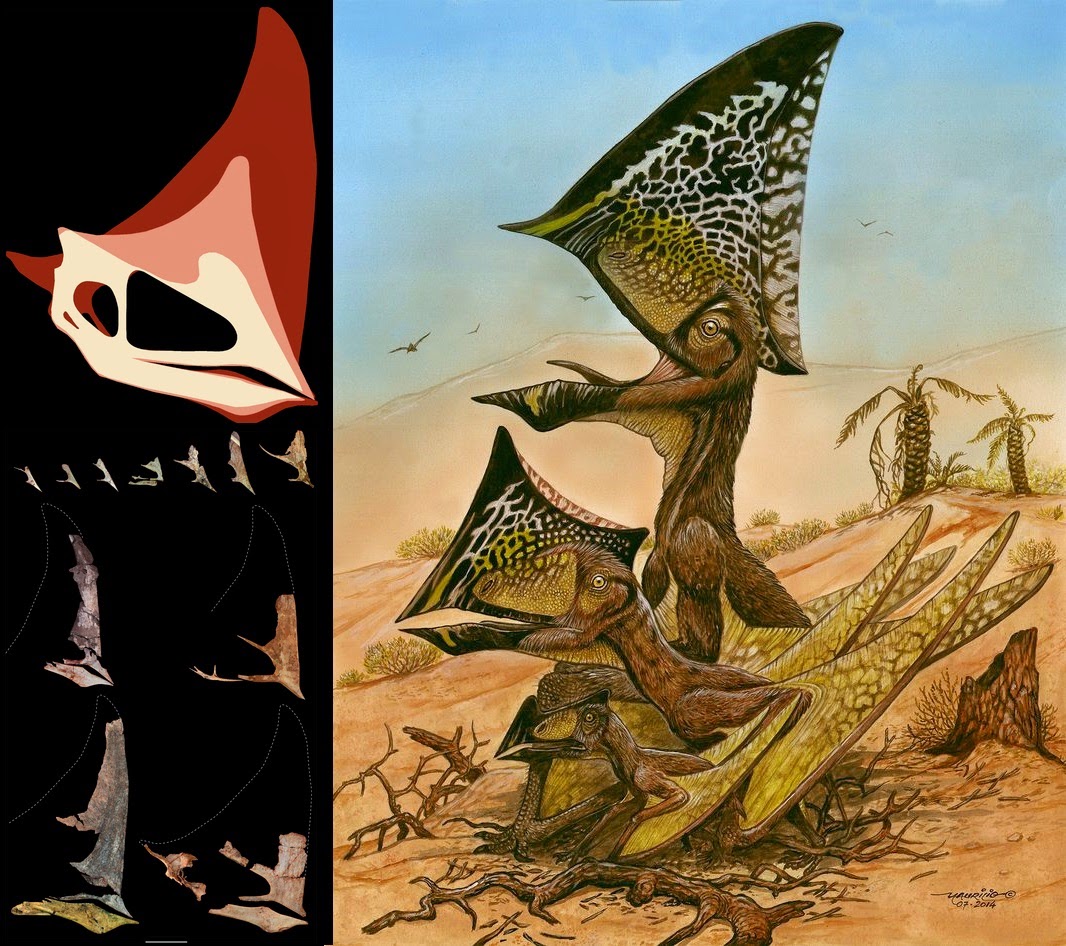 Bones from nearly 50 ancient flying reptiles discovered
A stash of buried bones in Brazil has allowed scientists to identify a new species of flying dinosaur that soared in the skies 66 to 100 million years ago, a study said Wednesday.
http://phys.org/news/2014-08-stash-bones-reveals-species-dinosaur.html