Abstract
The new Hoya species, here described and fully illustrated, is an epiphytic shrub with white-cream coloured flowers superficially similar to those of Hoya telosmoides. Its gynostegial corona includes five staminal and five interstaminal lobes, the latter never before observed in Hoya. The placement of the new species within Hoya was confirmed by a phylogenetic analysis based on nuclear ribosomal ITS and 5’-ETS regions, and chloroplast psbA-trnH and trnT-trnL intergenic spacers. It belongs to a group of species including Hoya multiflora and Hoya praetorii, characterised together with H. papaschonii by non-climbing habit, thin leaves lacking basal colleters, and short-lived peduncles.
Keywords: Hoya sect. Centrostemma, Hoya sect. Cystidianthus, Hoya sect. Plocostemma, ITS, 5’-ETS, psbA-trnH, trnT-trnL 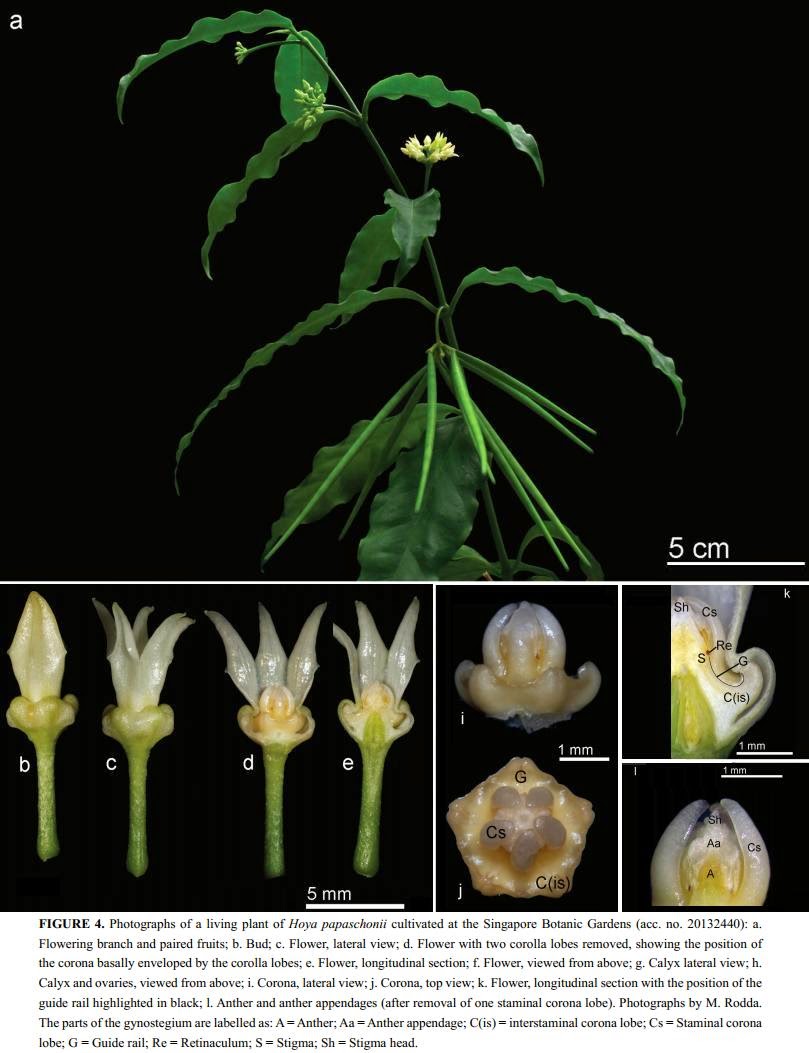 Etymology:— The new species is named after the collector and Hoya enthusiast Mr. Papaschon Chamwong who, in 2012, sent a specimen of the new species to Singapore Botanic Gardens for identification.

Distribution and ecology:— Hoya papaschonii is only known from two collections in Betong District, Yala Province in southern Thailand. It was collected in evergreen forest, where it was growing epiphytically.

Conservation status:— Known only from two collections from Yala Province in Thailand. The distribution area, the population size and the possible threats to the habitat are unknown. We therefore consider H. papaschonii as Data Deficient (DD) (IUCN 2014).