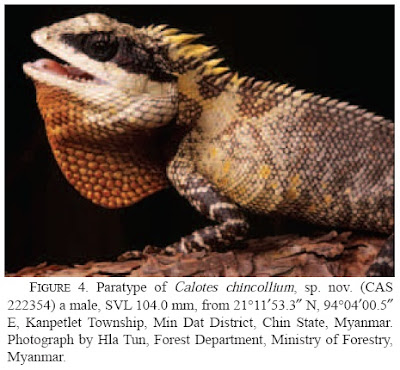 Calotes chincollium Vindum, 2003
Abstract
A new species of Calotes is described from the Indo-Burman Range, western Myanmar. It was found between elevations of 737 m to 1940 m in areas of shifting cultivation and secondary forest. It differs from other species of Calotes from Myanmar by a combination of its large size, SVLup to 142.9 mm, relatively small body scales, 5974 midbody scale rows, the tail in adult males being swollen posteri- orto base and the presence of head spines. The new species increases the diversity of Calotes species in Myanmarto six. A key to the Calotes of Myanmaris provided.
Etymology: Named after the type locality in the Chin hills in Myanmar where the Chin people live; collium is Latin for “hill”.
Range Description: This species is endemic to Myanmar. The distribution of this species is restricted to the Chin Hills, Chin State, and the Ponnyadaung Range, Sagaing Division at elevations ranging from 730 to 1,940 m above sea level. The area in which this species is distributed is approximately 10,306 sq.km. 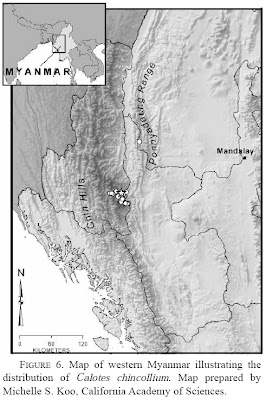 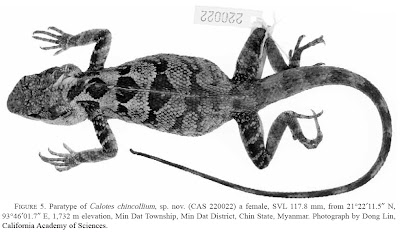 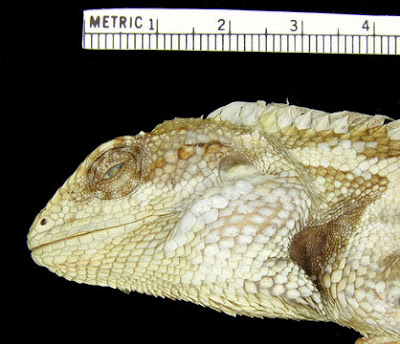 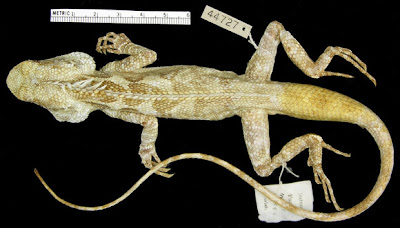