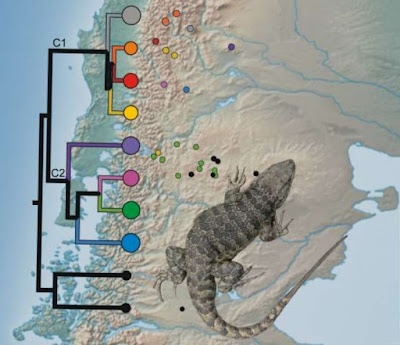 Abstract
Currently, Liolaemus is the second most species-rich reptile genus in the world (257 species), and predictions of its real diversity suggest that it may be the most diverse genus. Originally, Liolaemus species were described as widely distributed and morphologically variable taxa, but extensive sampling in previously unexplored geographic areas, coupled with molecular and more extensive morphological studies, have discovered an unexpectedly high number of previously undetected species.

Here, we study the level of molecular vs. morphological divergence within the L. rothi complex, combining a total of 14 loci (2 mitochondrial and 12 nuclear loci) for 97 individuals, as well as morphological data (nine morphometric and 15 color pattern variables), that represent all six described species of the L. rothi complex, plus two candidate species. We use the multi-coalescent species delimitation program iBPP and resolve strong differences in molecular divergence; and each species is inferred as an independent lineage supported by high posterior probabilities. However, morphological differences are not that clear, and our modeling of morphological characters suggests differential selection pressures implying some level of morphological stasis. We discuss the role of natural selection on phenotypic traits, which may be an important factor in “hiding” the real diversity of the genus. 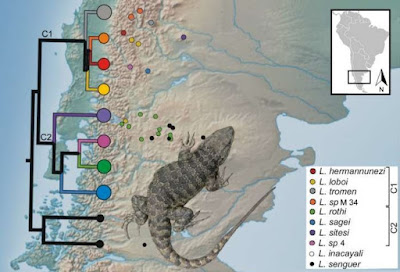