[Botany • 2016] Plantago humboldtiana • An Extremely Narrow Endemic New Species (Plantaginaceae) from A Waterfall in southern Brazil: Yet Another New Species from One of the Best-studied Neotropical Areas 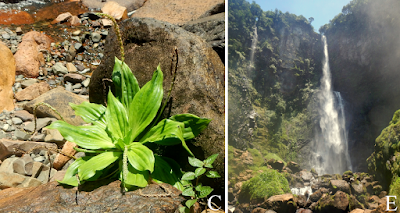 This article presents and describes Plantago humboldtiana, an extremely narrow endemic rheophytic new species from a waterfall in Corupá, Santa Catarina state, southern Brazil. The new species is unique in presenting a combination of type-G antrorse trichomes on scapes, pendulous inflorescences and 1-seeded pyxidia. Only one population is known to exist, despite intensive search efforts in nearby, similar environments. Its conservation status is assessed as critically endangered (CR) as the only known population is restricted to a dramatically small area, and is subject to extreme fluctuation due to occasional floods, and also to intense visitation by tourists, which can disturb its fragile habitat. We also present an updated identification key to the species of Plantago that occur in Santa Catarina. The recent description of three narrow endemic, threatened new species of Plantago in Santa Catarina, which is the Brazilian state with its flora best studied, highlights the need for more taxonomic research, especially in the neotropics. 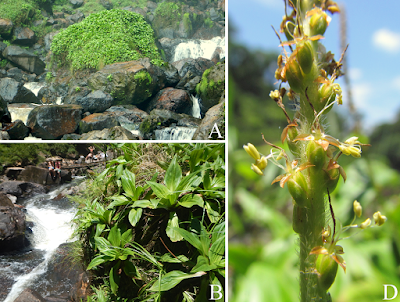 Gustavo Hassemer and Nina Rønsted. 2016. Yet Another New Species from One of the Best-studied Neotropical Areas: Plantago humboldtiana (Plantaginaceae), An Extremely Narrow Endemic New Species from A Waterfall in southern Brazil.
PeerJ. 4:e2050. DOI: 10.7717/peerj.2050
researchgate.net/profile/Gustavo_Hassemer 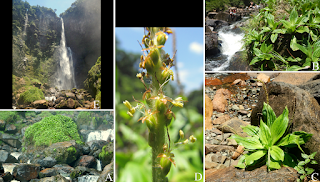