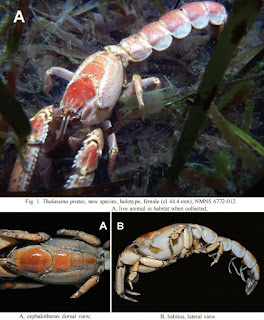 Distribution. Known only from the type locality, Dongsha Island in the South China Sea, in fully marine seagrass beds at depths of 1–2 m.

Etymology. The species is named after the type locality (Pratas = Dongsha Island), used as a noun in apposition. It also alludes to the new species’ unusual presence in a seagrass bed, since the Latin “pratum” means grass lawn or meadow.