[Ichthyology • 2013] Haludaria, a replacement generic name for Dravidia (Teleostei: Cyprinidae) | endemic to the peninsula of India

Pethiyagoda et al. (2012) made available the genus-group name Dravidia (type species Cirrhinus fasciatus Jerdon, 1849: 305) for the ‘Puntius fasciatus’ group of fishes endemic to the peninsula of India. We were unaware at the time this paper was written (2010) that this name had shortly before been preoccupied by Dravidia Lehrer, 2010, in Diptera: Sarcophagidae. As such, a replacement name for this genus of fishes becomes necessary.

Here I propose Haludaria (type species Cirrhinus fasciatus Jerdon, 1849: 305) as the replacement name for Dravidia Pethiyagoda, Meegaskumbura & Maduwage, 2012, the diagnosis of which is provided in that work. Haludaria nom. nov. is named for ‘Haludar, a Bengal youth’ who ca 1797 was ‘the artist who made the exquisite illustrations of “Gangetic Fishes”’ depicted in Francis Hamilton’s (1822) book on the fishes of the Ganges River (see Hora, 1931), a founder work in Indian ichthyology. 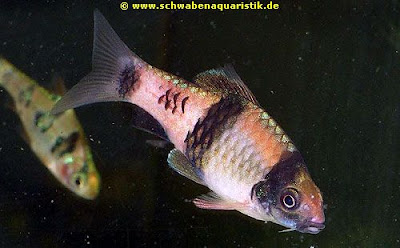 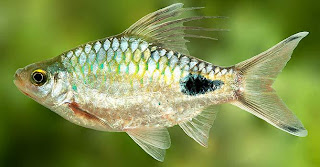 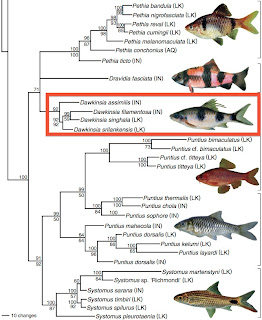