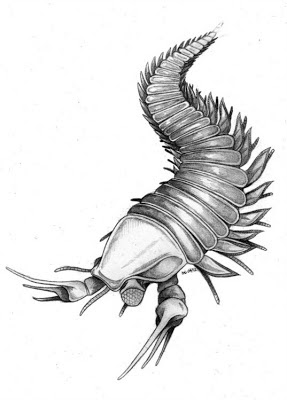 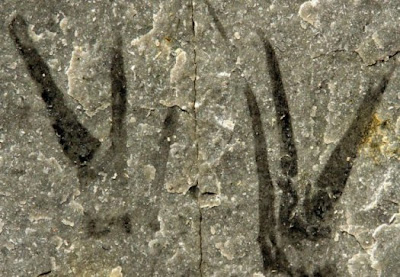 A new arthropod, Kootenichela deppi n. gen. n. sp., is described from the Stanley Glacier exposure of the middle Cambrian (Series 3, Stage 5) Stephen Formation in Kootenay National Park (British Columbia, Canada). This taxon possesses a number of primitive arthropod features such as an elongate, homonomous trunk (consisting of at least 29 segments), poorly sclerotised trunk appendages, and large pedunculate eyes associated with an anterior (ocular) sclerite. The cephalon encompasses a possible antenna-like appendage and enlarged raptorial appendages with a bipartite peduncle and three spinose distal podomeres, indicative of megacheiran (“great-appendage” arthropod) affinities. The relationships of megacheirans are controversial, with them generally considered as either stem-euarthropods or a paraphyletic stem-lineage of chelicerates. An extensive cladistic analysis resolved Kootenichela as sister-taxon to the enigmatic Worthenella cambria from the middle Cambrian (Series 3, Stage 5), Burgess Shale Formation in Yoho National Park (British Columbia), which is herein reinterpreted as a megacheiran arthropod. Based on their sister-group relationship, both taxa were placed in the new family Kootenichelidae, to which Pseudoiulia from the Chengjiang biota is also tentatively assigned. All of these taxa possess an elongate, multi-segmented body and subtriangular exopods. This family occupies a basal position within a paraphyletic Megacheira, the immediate outgroup of Euarthropoda (crown-group arthropods). The resultant topology indicates that analyses that have resolved megacheirans as stem-chelicerates have done so because they have rooted on inappropriate taxa, e.g., trilobitomorphs and marrellomorphs. 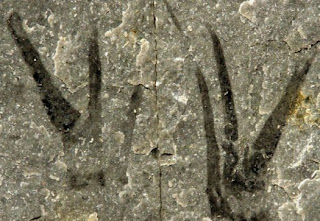 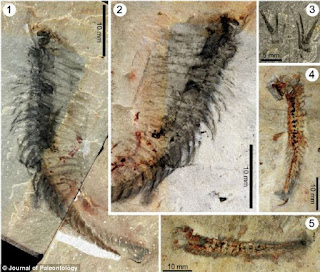 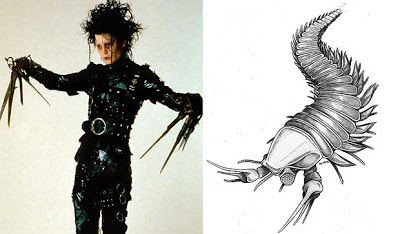 The species name deppi comes from the actor Johnny Depp, after his role as Edward Scissorhands in the movie of the same name. David Legg, the discoverer of Kootenichela, said:

“When I first saw the pair of isolated claws in the fossil records of this species I could not help but think of Edward Scissorhands. Even the genus name, Kootenichela, includes the reference to this film as ‘chela’ is Latin for claws or scissors. In truth, I am also a bit of a Depp fan and so what better way to honour the man than to immortalise him as an ancient creature that once roamed the sea?”

Meet the Kooteninchela deppi an ancient lobster-like beast with scissor claws that roamed the sea... http://bit.ly/12EoQVN via @MailOnline