Abstract
Tree hyraxes (Dendrohyrax) are one of only three genera currently recognized in Procaviidae, the only extant family in the mammalian order Hyracoidea. Their taxonomy and natural history have received little attention in recent decades. All tree hyrax populations of Guineo-Congolian forests of Africa are currently treated as a single species, Dendrohyrax dorsalis, the western tree hyrax, but many other groups of mammals distributed across this large biome have been shown to consist of several different species, each restricted to a distinct biogeographical region. We analysed variation in loud-call structure, pelage colour, skull morphometrics and mitochondrial genomes in populations across much of the range of D. dorsalis. This integrative approach uncovered considerable cryptic variation. The population found between the Niger and Volta Rivers in West Africa is particularly distinctive, and we describe it herein as a new species. Our study highlights the need to revise the taxonomy of the genus Dendrohyrax in light of modern systematics and current understanding of its distribution. It also adds to a growing body of evidence that the Niger–Volta interfluvium has a distinct meso-mammal fauna. Unfortunately, the fauna of this region is under major threat and warrants much greater conservation attention.
Keywords: biogeography, cryptic species, Dahomey Gap, endemism, Mammalia, molecular systematics, morphometrics, skull, speciation, vocalizations 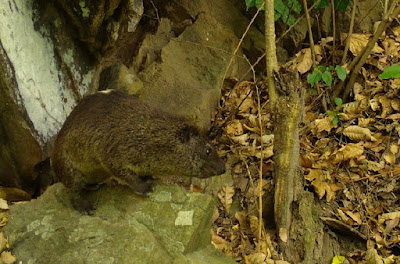 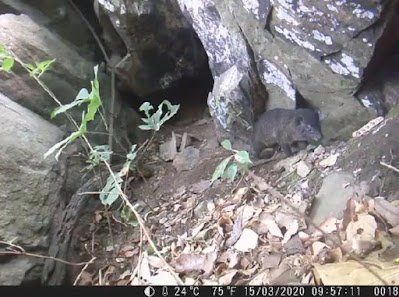 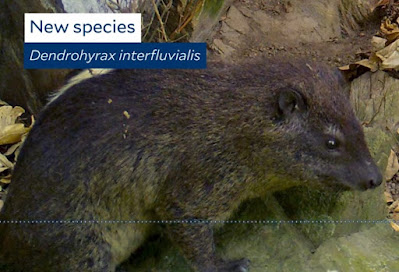 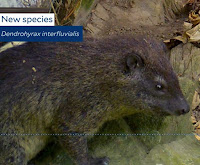