[Diplopoda • 2021] A Revision of the minor Species Group in the Millipede Genus Nannaria Chamberlin, 1918 (Polydesmida, Xystodesmidae)

Abstract
Millipedes in the family Xystodesmidae (Polydesmida) are often referred to as “colorful, flat-backed millipedes” for their bright aposematic coloration and tendency to form Müllerian mimicry rings in the Appalachian region. However, there are many species of Xystodesmidae that do not display colorful warning patterns, and instead have more cryptic appearances. Perhaps for this reason, groups such as the genus Nannaria have remained understudied, despite containing a large number of undescribed species. Before his death in 2012, R. L. Hoffman worked on a revision of the genus Nannaria, and synthesized material and drawings since 1949. Here the work is continued, inferring a molecular phylogeny of the Nannariini (Nannaria + Oenomaea pulchella), and revealing two clades within the genus. One clade is named the minor species group, and the second is the wilsoni species group. This revision, using a molecular phylogenetic framework, is the basis for descriptions of 35 new species in the minor species group. A multi-gene molecular phylogeny is used to make taxonomic changes in the taxon. Eleven putative species of Nannaria are also illustrated and discussed. Additionally, detailed collection, natural history and habitat notes, distribution maps, and a key to species of the Nannaria minor species group are provided. These items are synthesized as a basis for a revision of the genus, which hopefully will aid conservation and evolutionary investigations of this cryptic and understudied group.
Keywords: Appalachia, gonopod, micro-range endemic, short-range endemic, spatulate, twisted-claw 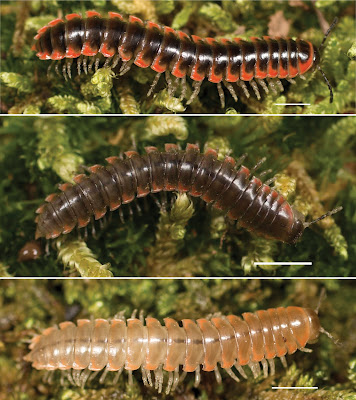 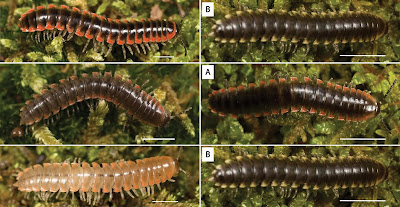 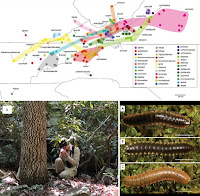 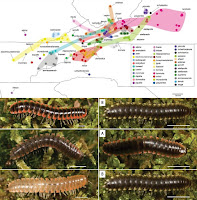