A new species of Nuphar (Nymphaeaceae), Nuphar saikokuensis, from central to western Japan is described. This new species is characterized by its widely ovate to narrowly ovate floating and emergent leaves, which are 10–30 cm long and 7–20 cm wide. This species is suggested to be of hybrid origin between N. japonica DC. and N. subintegerrima (Casp.) Makino or N. oguraensis Miki, or among these three species based on morphological and genetic studies. Because the plants are fertile, and are widely distributed in central to western Japan, we consider these plants to belong to a distinct species. 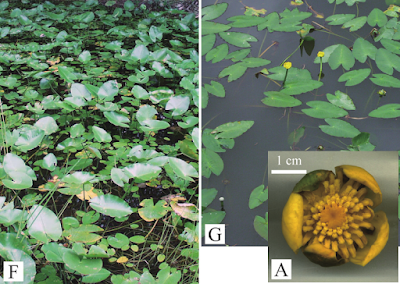