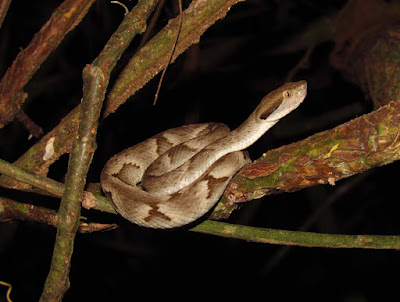 A new insular species of the genus Bothrops is described from Ilha dos Franceses, a small island off the coast of Espírito Santo State, in southeastern Brazil. The new species differs from mainland populations of B. jararaca mainly by its small size, relative longer tail, relative smaller head length, and relative larger eyes. The new species is distinguished from B. alcatraz, B. insularis and B. otavioi by the higher number of ventral and subcaudal scales, relative longer tail and smaller head. The new species is highly abundant on the island, being nocturnal, semiarboreal, and feeding on small lizards and centipeds. Due its unique and restricted area of occurrence, declining quality of habitat, and constant use of the island for tourism, the new species may be considered as critically endangered. 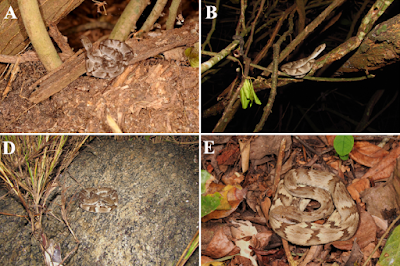 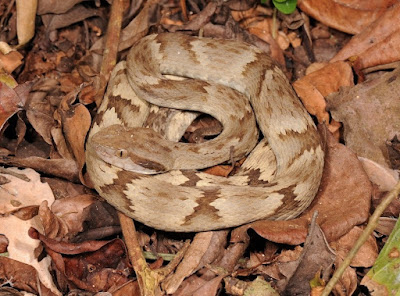 Distribution. The new species is known only from the type-locality, Ilha dos Franceses, (Fig. 6). This island has about 15 ha with maximum elevation of 36 m asl covered by secondary Atlantic forest remnants (Ferreira et al. 2007), and located 3.6 Km eastwards from Itaoca beach (Fig. 7).

Etymology. The specific epithet sazimai represents a patronymic name dedicated to the friend and professor Ivan Sazima, for his invaluable contribution to the study of natural history and conservation of Brazilian fauna, and for his inspiring and pioneering field studies on Bothrops jararaca. Professor Ivan advised and mentored various generations of students and researchers that presently work with diverse systems and organisms, including snakes, amphibians, fishes, mammals, birds, and plants. He published hundreds of scientific contributions, among articles, book chapters, and educational texts. We suggest the standard English name “Franceses Island Lancehead” for the new species. 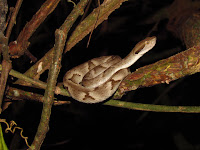