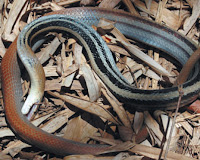 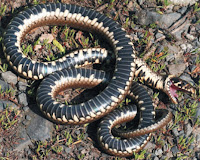 CONCLUSION
Death feigning is a phenomenon in snakes that seems to be widely neglected in documentation. It is not really known which species show this behavior, and in which way. Nor have the different kind of death feigning “stages” been compared among species. It is our opinion, that there must surely be many more snake species that demonstrate death feigning behavior than what is presently known, and we encourage researchers to report such observations.