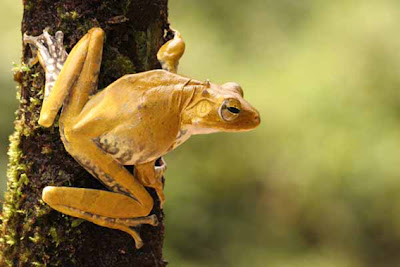 Abstract
A new species of frog tentatively assigned to the genus Polypedates is described from the Gilimale forest reserve of the Sabaragamuwa province of Sri Lanka. This tree frog is characterized by unique osteological characteristics in the skull which distinguish it from all other congeners, such as the presence of a series of maxillary teeth progressively changing orientation from horizontal to vertical from posterior end to anterior; a laterally-curved spine in the quadratojugal bone; and bony co-ossification on the skull resulting in four dorsal spines which are externally seen as protrusions in the parietal area. Bioacoustic observations of Polypedates ranwellai sp. nov. revealed three distinct call types. High rates of deforestation and anthropogenic activities at the type locality threaten the survival of the species. 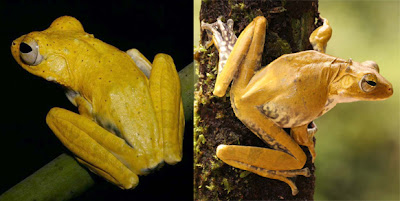 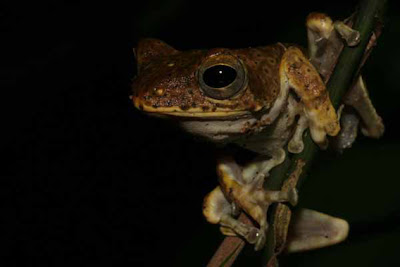