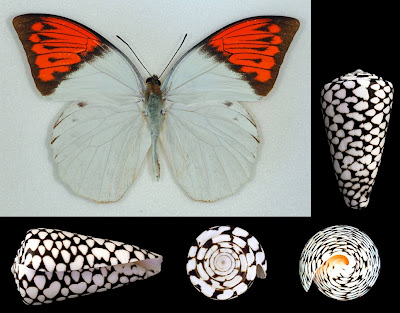 Abstract
Protein profiling has revealed the presence of glacontryphan-M, a peptide toxin identified only in the sea snail genus Conus, in the wings of Hebomoia glaucippe (HG). The wings and body of HG were homogenized and the proteins were extracted and analyzed by 2D gel electrophoresis with subsequent in-gel digestion. Posttranslational protein modifications were detected and analyzed by nano–LC-MS/MS. An antibody was generated against glacontryphan-M, and protein extracts from the wings of HG samples from Malaysia, Indonesia, and the Philippines were tested by immunoblotting. Glacontryphan-M was unambiguously identified in the wings of HG containing the following posttranslational protein modifications: monoglutamylation at E55, methylation at E53, quinone modification at W61, cyanylation at C56, and amidation of the C terminus at G63. Immunoblotting revealed the presence of the toxin in the wings of HG from all origins, showing a single band for glacontryphan-M in HG samples from Malaysia and Philippines and a double band in HG samples from Indonesia. Intriguingly, sequence analysis indicated that the Conus glacontryphan is identical to that of HG. The toxin may function as a defense against diverse predators, including ants, mantes, spiders, lizards, green frogs, and birds.

An Asian butterfly's white wings tipped with vibrant red-orange are not only eye catching, they contain a poison, scientists have found.

They share this venom with an unlikely counterpart: predatory sea snails, which harpoon their prey to inject a cocktail of paralyzing venoms, including this one.

The butterfly, Hebomoia glaucippe, likely uses the toxin as a defense rather than a weapon, writes the Austrian research team, noting that many of the butterfly's predators, including birds, ants and the orchid mantis, avoid the wings. Hungry geckos, however, may not be bothered by it, because they eat the entire animal, wings and all, they add. 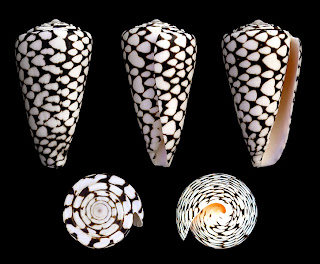 The team analyzed the proteins from the bodies and wings of H. glaucippe butterflies collected from multiple locations in southeastern Asia, finding a relatively high abundance of the toxin called glacontryphan-M. This toxin has so far only been found in the sea snail species Conus marmoreus, commonly known as the marble cone snail.

The researchers write they are now examining samples of the butterfly collected elsewhere for the toxin and looking at other toxic animals for clues as to the evolutionary reason a butterfly and sea snail share an identical toxin.

The study was published online today (Oct. 15) in the journal Proceedings of the National Academy of Sciences. 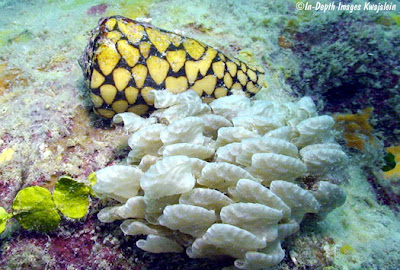