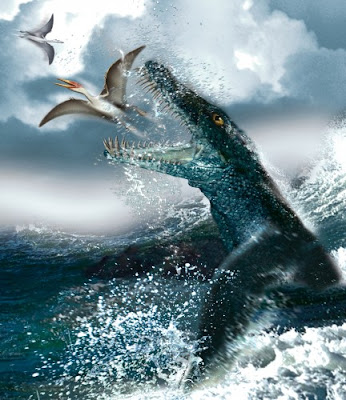 Artist's interpretation of the monster catching a pterosaur.

Scientists from the University of Oslo announced their discovery of a fossilized, 150 million-year-old “sea monster” on Spitspergen, in the Arctic island chain of Svalbard.

The 50 ft. sea reptile, nicknamed “The Monster”, is the biggest on record, and is one of 40 such fossils discovered on the island. prior field expedition in the area revealed remains of another large pliosaur that is thought to be among the same species as “The Monster” 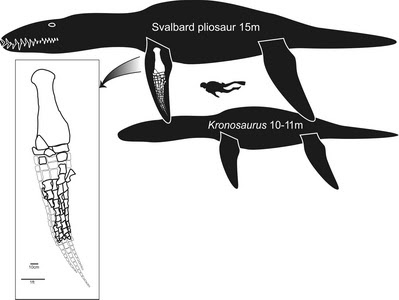 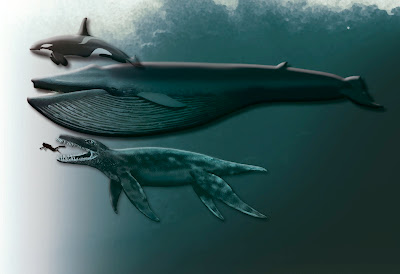 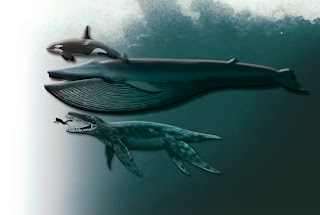 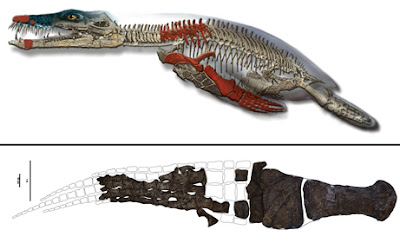