Abstract
Lepanthes marielana, a new orchid species of the eastern Andes of Colombia, is described and illustrated. The new species is similar to Lepanthes clausa, also from the eastern Andes, but it can be distinguished by the echinate floral bracts, the light yellow with a central claret blotch flowers, the blades of the lip subfalcate with the apices surrounding the apex of the column and by the lip appendix subtriangular to oblong. Taxonomic and ecological notes are given.
Keywords: Colombia, eastern Andes, endemism, Lepanthes clausa, taxonomy 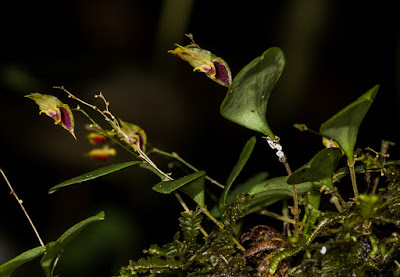