Abstract
The genus Cheirogaleus, the dwarf lemurs (Infraorder Lemuriformes), has been identified as harboring cryptic species diversity. More comprehensive fieldwork combined with improvements in genetic research has revealed a larger radiation of species than was initially described in a number of lemur genera, including Avahi, Lepilemur, Microcebus, and Mirza. Available genetic and morphological evidence suggests that Cheirogaleus is among the genera where diversity was previously underestimated, and additional fieldwork may reveal even more species. A population of Cheirogaleus from northern Madagascar in and around Montagne d’Ambre National Park, surveyed during an expedition in 2005, was recently identified and proposed as a new species. Additional specimens were obtained during fieldwork in February of 2015. Subsequent genetic and morphological analyses of the data collected have determined that this population is an independent lineage, and herein we describe this new species, which we name Cheirogaleus andysabini after New York philanthropist Andy Sabin.

Distribution: Cheirogaleus andysabini is known from the Montagne d’Ambre National Park and areas nearby around the town of Joffreville, northwest of the Irodo River in northern Madagascar (Fig. 1). Observed at 541−1073 m above sea level.

Etymology: This new species is named after Andy Sabin, a well-known New York philanthropist committed to species conservation, especially turtles, amphibians and primates. In particular, he has supported many projects in Madagascar, including research on lemurs, tortoises and frogs. His longterm interest, his enthusiasm, and his generosity have helped to encourage many researchers and conservationists, young and old alike. 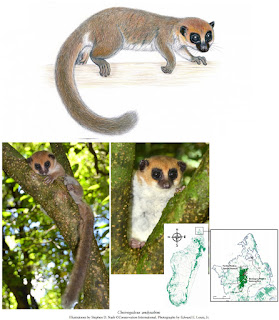 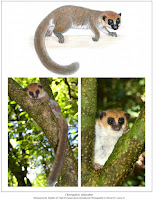