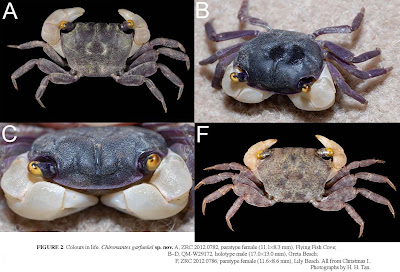 crab from Christmas Island has been named for Art Garfunkel, in tribute to his song “Bright eyes” and one can certainly see why! 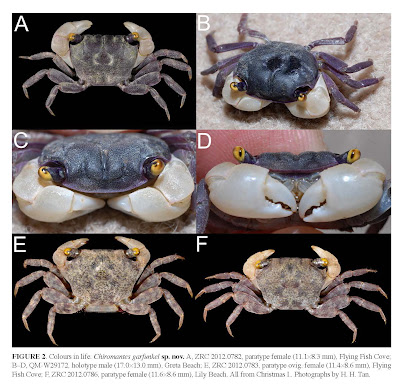 Abstract
The identity of Chiromantes obtusifrons (Dana, 1851), previously considered widespread in the tropical West Pacific region to the eastern Indian Ocean, is revised and found to be a species-complex. Chiromantes obtusifrons is now considered endemic to the Hawaiian Is., and four new species are described from Guam, Taiwan and Christmas Island. Two species live sympatrically in Taiwan. Species separation is based on carapace and frontal shape and granulation, leg proportions, abdominal somite proportions, and distinctive live colouration.