Abstract
The eagle ray Aetobatus flagellum (Bloch & Schneider, 1801) is redescribed based on new material from the Persian Gulf (Kuwait), Indonesia and Malaysia. A related but distinct species of Aetobatus from the western North Pacific, previously referred to as A. flagellum, is reported. Aetobatus flagellum is a medium-sized eagle ray which attains about 900 mm DW; males mature at approximately 500 mm DW. Aetobatus flagellum appears to be uncommon and restricted to estuary-influenced waters of the Indo–West Pacific. It is caught as gillnet bycatch where its habit of schooling, combined with probable small litter size, may make it particularly vulnerable to impacts from fisheries. 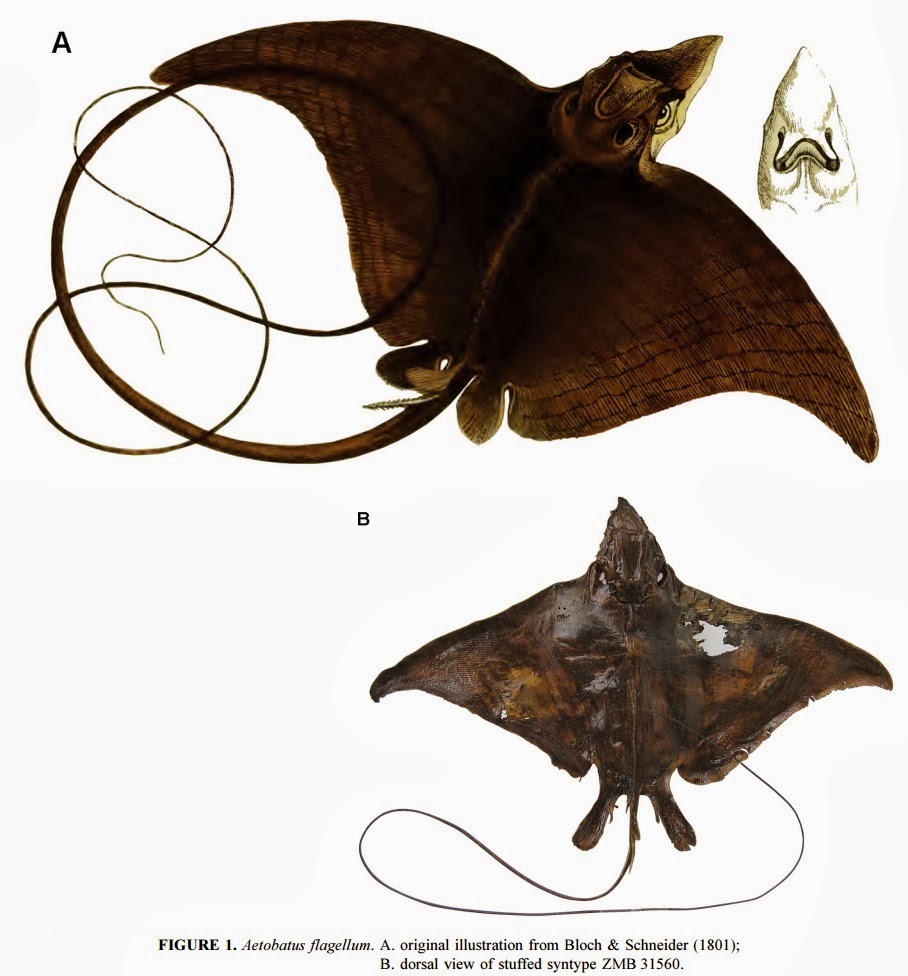 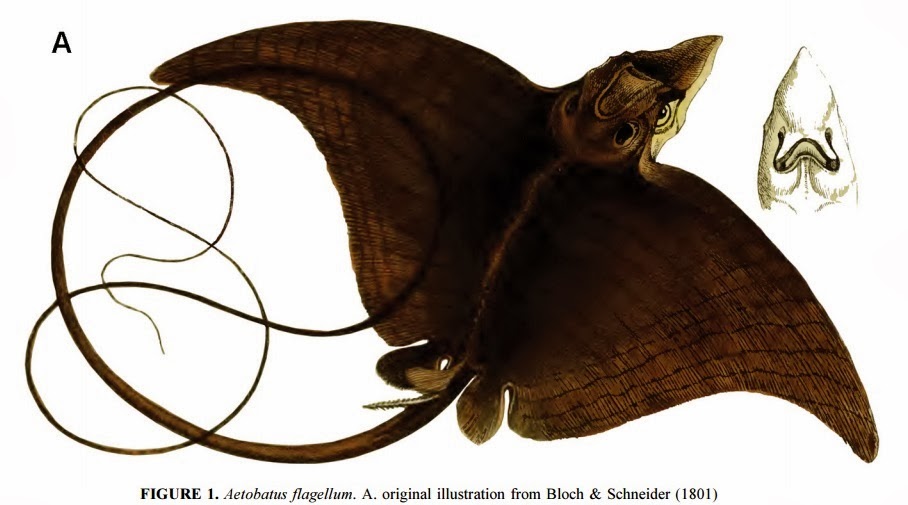